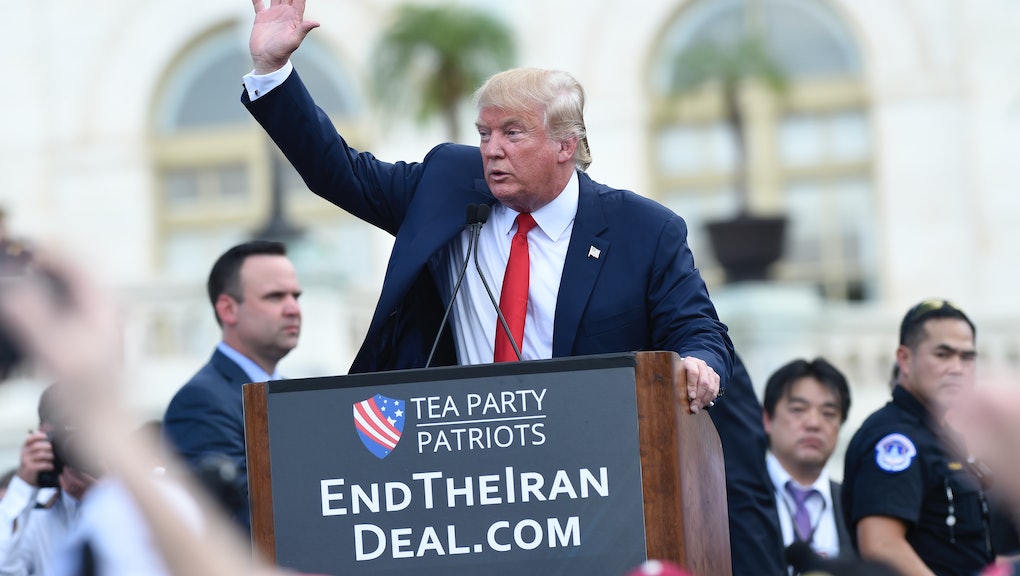 Can Trump dismantle the Iran Nuclear Deal? Here’s how the plan could fare

It's no secret that Donald Trump isn't a fan of the Iran nuclear deal.

In July 2015, days after the international community reached the landmark agreement, then-Republican primary candidate Trump voiced his dissent publicly for the first time on Twitter.

"The Iran deal poses a direct national security threat," he wrote. "It must be stopped in Congress. Stand up Republicans!"

As Trump's campaign progressed, his position on the deal did not soften. During the final presidential debate against Democratic rival Hillary Clinton, he called the accord "the stupidest deal of all time," and said that Iran should write the U.S. a thank-you note for "absolutely" allowing them the latitude to build nuclear weapons at some point in the future.

Now that Trump is president-elect, is there anything he can actually do to torch the landmark agreement?

Put simply, the deal itself mandates that Iran reduce its number of uranium enrichment centrifuges and shrink its uranium stockpile by 98% in exchange for the United States relinquishing tens of billions of dollars of the country's frozen assets, according to the BBC.

In a 2015 interview with the New York Times, Obama made the case for slackening sanctions on the nation by describing how increased diplomatic engagements, even with dangerous nations like Iran, had the potential to ensure the security of the U.S. further down the line.

"[The United States is] powerful enough to be able to test these propositions without putting ourselves at risk," he said.

But conservatives, including Trump, overwhelmingly feel that the deal is too soft on Iran, arguing in part that the new inspection standards are too lax and don't account for off-shore uranium production.

Can Trump get rid of it?

According to State Department official Mark Toner, who spoke to USA Today, Trump will absolutely have the opportunity to head back to the negotiation table.

"The agreement is valid only as long as all parties uphold it," Toner said.

Another possibility, ABC News noted, is that Trump could work with a Republican-majority Congress to enact measures that would effectively cripple the deal, such as reinstating the lifted sanctions or enforcing strict inspection standards in an attempt to find Iran in violation of the deal.

But Iran, aware of Trump's desire to overhaul the agreement, has already issued statements cautioning that the Joint Comprehensive Plan of Action, or JCPOA, was reached between multiple governments — including Russia, Britain, France and China — not just Iran and the U.S.

"Iran exercised prudence concerning the nuclear agreement as it confirmed JCPOA as a U.N. Security Council Resolution, not as an agreement with one government," Iranian President Hassan Rouhani said in a statement, according to the government-controlled Iranian Students News Agency.

And President Obama, speaking at a news conference on Monday, said that while Trump will have the power to tamper with the deal, he considers it unlikely to happen.

"To unravel a deal that's working and preventing Iran from pursuing a nuclear weapon would be hard to explain, particularly if the alternative were to have them free from any obligations and go ahead and pursue a weapon," he said.