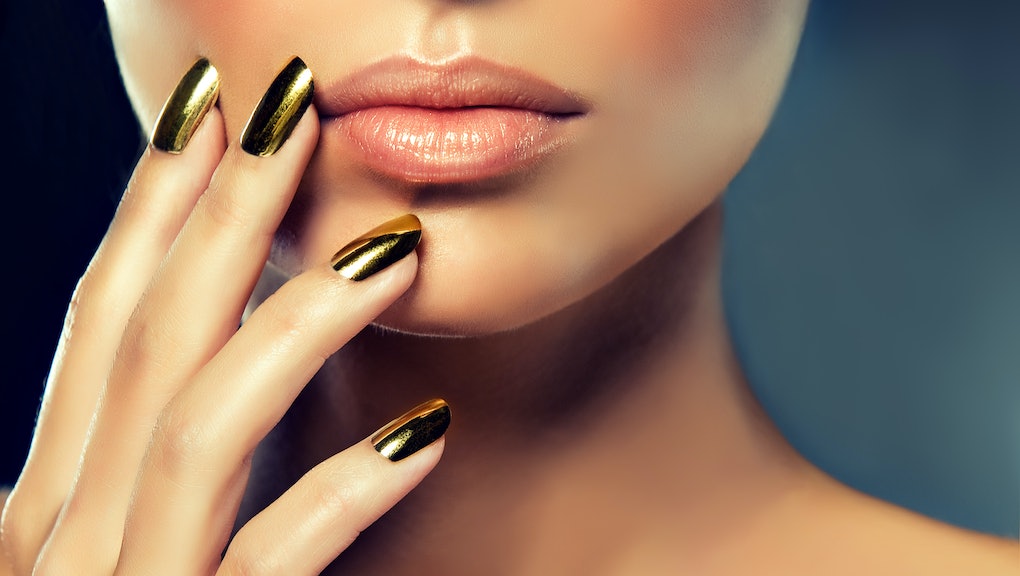 Nail polish that could detect date-rape drugs is coming soon

With the help of some nail polish, going out to a bar is about to get, hopefully, a little bit safer.

The company Undercover Colors, which first got attention in 2014, is now saying that its nail polish that changes colors when it comes in contact with a drink tainted with a date-rape drug is "coming soon."

The update comes in the form of a cover photo on the company's Facebook page, which was updated on Nov. 9 with a picture of a woman with "coming soon" written on her hands.  That same image can also be seen on the company's own website and Twitter page.

When the idea for the nail polish was first brought to the public's attention in 2014, it had its critics, who felt uneasy about the idea of women having to dip their own fingers in their drinks to ensure that it's not tainted with drugs like Rohypnol and ecstasy.

The polish was created by four men at North Carolina State University, who said that with the polish, "any woman will be empowered to discreetly ensure her safety by simply stirring her drink with her finger."

To that, people scrunched their brows.

"I'm appreciative that young men want to curb sexual assault, but anything that puts the onus on women to 'discreetly' keep from being raped misses the point," Jessica Valenti wrote for the Guardian. "We should be trying to stop rape, not just individually avoid it."

Back in 2014 as well, Mic published an article titled "11 ways to solve rape better than nail polish," which included things like "Teach men not to rape" and Test the thousands of rape kits currently sitting on shelves."

This nail polish falls neatly in line with other products that put the onus to stop date rape on women. There's anti-rape underwear, for example, and a vaginal condom with hooks on the inside. There have even been sports bras crafted with a pocket knife so as to ward of assault.

What these particular products assure is that the woman who uses them doesn't get raped, but what about the other women in the bar? Or, you know, the world?

Still though, even with its critics, Undercover Colors found massive success. According to the Independent, it received more than $5 million in funding. Additionally, more than 170,000 people follow the company on Facebook.

"1 in 6 women will be sexually assaulted in her lifetime," Undercover Colors's website reads. "This unthinkable problem has reached epidemic levels on college campuses. And something must be done about it. Power must be handed back to women in what is a devastatingly powerless situation."

And on its Facebook page, women are in agreement. "Thank you for finding another way to ensure we get to make a serious choice for ourselves," one commenter wrote. Another: "Can't wait for this to go commercial. It shouldn't have to exist but we can do whatever possible to keep each other safe."

Mic has reached out to Undercover Colors for comment and to find out the exact release date.