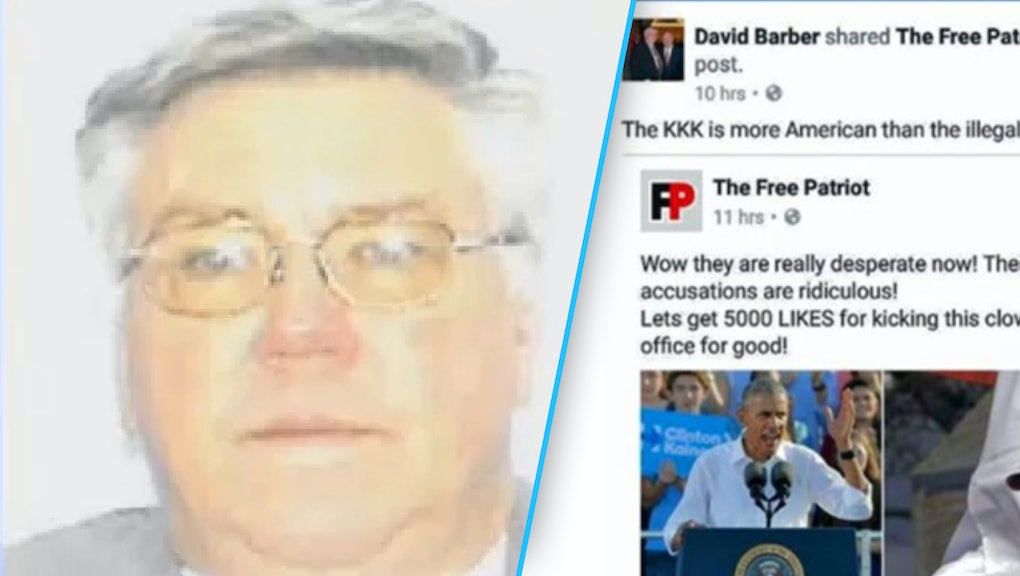 Here's a simple rule to follow in the 21st century: Don't post anything racist on social media.

David Barber stepped down as a deputy director at the Shelby County Corrections Center in Tennessee on Tuesday amid backlash from a post he shared to his Facebook timeline from a right-wing page, the Root reported.

"KKK is more American than the illegal president!" Barber wrote. Shelby County Mayor Mark Luttrell told Memphis' CBS affiliate WBTV that the county office learned about the posts on Friday and didn't immediately fire him because they were conducting an investigation into Barber's social media usage.

"This was an action by an employee who should have known better,"  Luttrell told WBTV. "What he did, his behavior was intolerable; it was offensive. We afforded him his rights and due process. He recognized his discretion and [resigned]."

"If Trump wins and obummer cannot start martial law, he will run to his new mansion in thaArab world to hide," Barber wrote on another one of his Facebook statuses. "Hopefully the Muslims will eliminate him and mooshelle as queers."