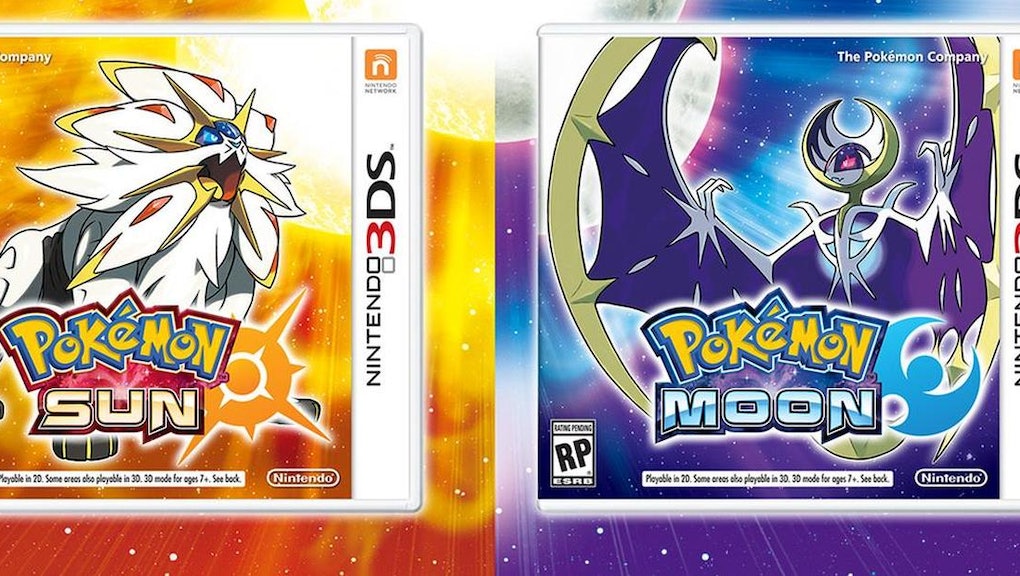 'Pokémon Sun and Moon' review roundup: Metacritic, IGN and others weigh in

Pokémon Sun and Moon reviews are starting to pour in. I haven't had a chance to play the game myself — aside from the brief demo — but based on early feedback Nintendo may have another winner on its hands.

Metacritic crunched the numbers from 27 different Pokémon Sun and Moon reviews and gave the game a score of 88 out of 100. But if you're looking for a deeper dive, check out our review roundup for a detailed look at what works and what doesn't in the new game.

Polygon's Pokémon Sun and Moon review is mostly positive, with an overall score of 8.5 out of 10. The review focuses on many of the changes included in the new game, both big and small, noting that, for the most part, they're all huge improvements.

One of the biggest changes in Pokémon Sun and Moon is the decision to ditch gyms in favor of a new trial system. Instead of battling through a series of increasingly difficult matches you must complete various tasks on each island before eventually taking on a master "kahuna" Pokémon trainer.

"These are risky moves to make for a franchise with so much nostalgia behind it," Polygon's Allegra Frank writes, "but they all lead to what is the most memorable Pokémon journey in years."

The smaller changes are welcome improvements as well. For example, a new "effectiveness indicator" built into the game tracks whether different moves are effective against various Pokémon. That way you don't have to remember the result of all those matchups in your head. Wild Pokémon can also call out for help when you fight them, adding a degree of excitement to one of the game's most basic mechanics.

Polygon notes that Pokémon Sun and Moon boasts a strong story with a small cast of characters that you may grow to love. However, the game also feels shallow at times.

"Flashy and fun is Pokémon Sun and Moon's modus operandi," Frank writes, "and I found it to be an impressive, successful combo. But much of the spectacle is derived from the very linear storyline, which doesn't bode well for the games' longevity after the plot comes to a close."

Eurogamer also offers up a glowing Pokémon Sun and Moon review, slapping the game with an "Essential" tag and calling it the best entry in "more than a decade."

"It feels curated, crafted, with a cohesive vision in mind that informs everything throughout," writers Chris Tapsell. "From the way your Ride Sharpedo skips over waves like a jet ski to the comical 'whappah' sound effect of a challenging Blackbelt."

This review also praises the new trial system that replaces gyms and notes that Pokémon Sun and Moon also introduces well-crafted cutscenes that are funny and worth watching.

Tapsell calls Z-Moves one of the biggest changes in Pokémon Sun and Moon, especially for the competitive battle community. He also points to the new Battle Royal multiplayer mode, which pit four trainers against each other in a free-for-all, calling it a great new feature.

"It's a genuinely worthwhile and brilliantly entertaining addition, especially when played locally, rather than the somewhat 'feature-creep' feel that's associated with Doubles and Triples of previous generations," he writes.

There are some issues with the game. Notably, the first 3-4 hours move too slowly, and the Alola region is apparently infested with bug-type Pokémon. But, for the most part, "these are minor blemishes on an otherwise immaculate entry."

IGN gives Pokémon Sun and Moon a score of 9.0 out of 10 in its review, which is almost entirely positive. Writer Kallie Plagge even calls the new Alola setting "the most inspired region in Pokémon so far."

Plagge praises the game's "island-inspired" music, along with bigger changes like the trial system.

"After two trials, I was as fully invested in the new region as I was with my familiar quest to become the champion," she writes.

IGN points to the excellent new Poké Ride system, which lets you explore different areas with help from specific Pokémon. The review also notes another welcome change: a wider variety of Pokémon early on in the game.

"Having access to ghost-type Pokemon right away made the early team-building process a lot more fun than in the days of being surrounded by rodents, bugs, and birds for three routes."

NintendoLife's Pokémon Sun and Moon review may include a few criticism's but the game still earns a perfect score of 10 out of 10.

Everything from side quests to multiplayer to the plot come together to deliver what may be the best Pokémon experience of all time.

"In fact we'd go so far as to say that the plot in Sun & Moon is the deepest and most ambitious Game Freak has dared attempt," writes NintendoLife's Alex Onley. "It's certainly not Shakespeare, and it remains accessible to a wide age range, but despite this many of the topics and thematic devices are miles ahead of standard 'evil group tries to take over the world with legendary Pokémon' affair we're oh-so used to."

The review does offer a few critiques. Pokémon Sun and Moon has a slow start, though it "opens up tenfold" once the beginning chapter is finished. The Z-Moves are also a bit of a disappointment, and the new Ultra Beasts are just plain weird. However, these are minor complaints in an otherwise glowing review.

Based on everything we've read so far, there's no reason to expect anything but the best from Pokémon Sun and Moon. Whether you're a grizzled Pokémon veteran or a fresh-faced newcomer you'll likely enjoy the new game. Personally, I can't wait to get my hands on a copy.