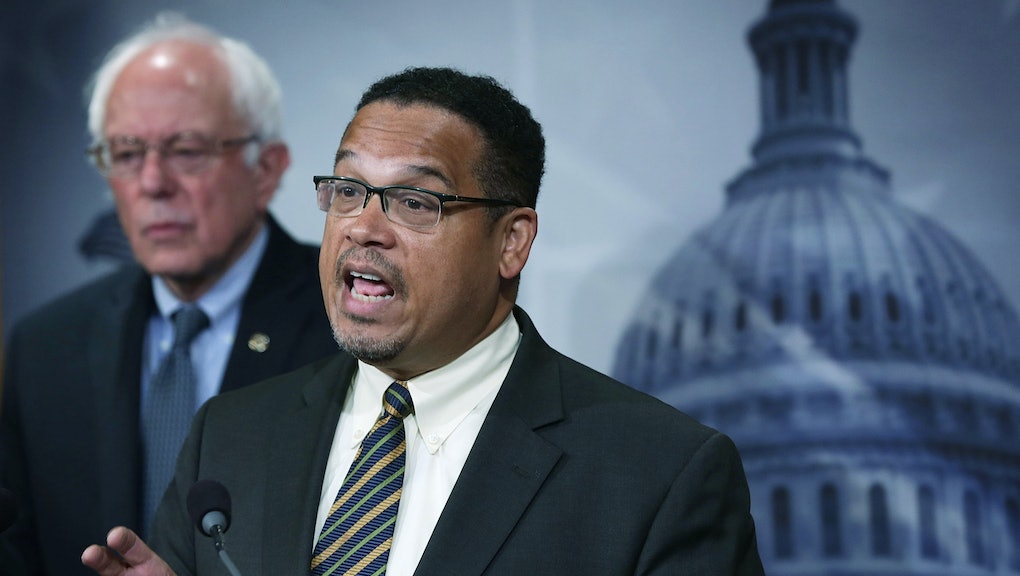 Who will be the next DNC chair? Democrats look to rebuild in the age of Trump

The effort to rebuild the Democratic Party in the wake of Hillary Clinton's stunning upset loss to Donald Trump has begun in earnest, with Democrats grappling with the choice of who will lead the Democratic National Committee.

The election of the next chair of the DNC will be held sometime before March 1, 2017, and will be one of the first indications of the party's path forward during the Trump administration. The current chairwoman, Donna Brazile, has been serving on an interim basis since Rep. Debbie Wasserman Schultz resigned her post following the leak of DNC emails in July.

The November election was devastating for Democrats, who lost not just the presidential race but failed to take control of the Senate, made only modest gains in the House and lost gubernatorial races across the country. The results have set in motion an urgent rethinking of the party's message and how the upcoming generation of Democratic leaders should appeal to the white working class voters who turned against the party so decisively in November.

The early stages of the process point to party members leaning into their progressive roots, spurning the leadership of establishment Democrats in Washington and at the DNC who many progressives fault for their November rout.

The emerging frontrunner in the race for DNC chair is Rep. Keith Ellison, a five-term congressman from Minnesota who announced on Monday he would seek the job.

Ellison is a close ally of Sanders and is co-chair of the Congressional Progressive Caucus. He was elected to Congress in 2006, representing a district that includes Minneapolis.

Ellison's election to the House was historic — he was the first Muslim elected to Congress, and is currently one of only two Muslim representatives in the House. His election to chair of the Democratic Party would provide a sharp contrast with Trump, who proposed a ban on Muslim immigrants during the campaign and whose team has revived a proposal to establish a "registry" of Muslims coming into the country.

Ellison also brings progressive bona fides to the table at a time when many in the party are ready to embrace the kind of economic populism that marked Sanders' run. He was an early endorser of Sanders in the primary before throwing his weight behind Clinton.

In his first interview as a candidate for DNC chair on Monday, Ellison stressed the need for the Democrats to embrace an economic agenda that appeals to the types of working class voters they lost on Election Day.

"I believe that everybody should know that the Democratic Party is there for the working man and woman in this country," Ellison told MSNBC's Chris Hayes. "What we saw, I think, is a table-flip. People outraged by stagnant wages for quite a long time. People feeling like they've not been heard, feeling like the folks with the money put that money into politics and took the attention away from them, the citizens of this country. I believe we've got to return that focus right back to the working man and woman in this country."

Ellison's message of economic populism closely tracks Sanders' platform in his nomination bid, one which galvanized young voters and liberals during the primaries. Progressives have criticized the Clinton campaign for failing to offer a sufficiently liberal economic agenda that appealed to voters in the Rust Belt and upper Midwest, and Ellison's election would serve as a rebuke of the party establishment that paved the way for Clinton's nomination.

He appears increasingly likely to emerge victorious, as Democratic leaders attempt to clear the field and avoid a nasty fight which would further divide the party still reeling from its loss. Ellison has earned the endorsement of high-profile Democratic leaders in Congress, including Sen. Elizabeth Warren, outgoing Senate minority leader Harry Reid and his replacement, Sen. Chuck Schumer.

The case against Ellison

Ellison is not alone in the race. Also competing for the role is former Vermont Gov. Howard Dean, a former presidential candidate who previously served as DNC chairman from 2005 to 2009, and South Carolina party chairman Jaime Harrison.

Dean, who led Democrats to retake Congress and the presidency during his tenure as DNC chair, announced his intention to seek his old job in a tweet two days after the election:

In an interview the next day, Dean argued that Ellison's congressional duties would prevent him from focusing on rebuilding the party as DNC chair.

"Look, I like Keith Ellison a lot. He's a very good guy," Dean told MSNBC. "There's one problem. You cannot do this job and sit in a political office at the same time. It's not possible."

But Dean's long history as a party leader could harm his chances with Democrats looking for fresh faces in the wake of Trump's victory. President Barack Obama spoke for many Democrats when he stressed the need for new leadership during a press conference on Monday.

"I think it's a healthy thing for the Democratic Party to go through some reflection," Obama said. "I think it's important for me not to be big-footing that conversation. I think we want to see new voices and new ideas emerge – that's part of the reason why term limits are a really useful thing."

The fight against Trump

Should Ellison become the next party chair, he will be thrust into the debate over how the Democratic Party confronts the Trump administration.

Congressional Democrats are already showing signs of being willing to work with Trump on infrastructure spending, paid family leave and trade agreements in the hopes of winning over Trump voters who fled the party on Election Day. Critics say this would only hand Trump legislative victories and make him appear more competent in the eyes of the public.

However, Democrats are united in opposing Trump's divisive rhetoric and more extreme staffing decisions. Trump's controversial choice of Steve Bannon, the former head of Breitbart, for a senior White House role was met with near-universal condemnation by Democratic officials.

The next chair's most urgent task is rebuilding the party on the state and local level in preparation for the 2018 midterm elections. While the opposition party historically makes gains in midterms, Democrats face a daunting electoral map, defending 10 Senate seats in states won by Trump.

Whether Ellison, Dean, Harrison or someone else, the next chair of the DNC will play a key role in shaping the near-term future of a party still shellshocked by defeat.