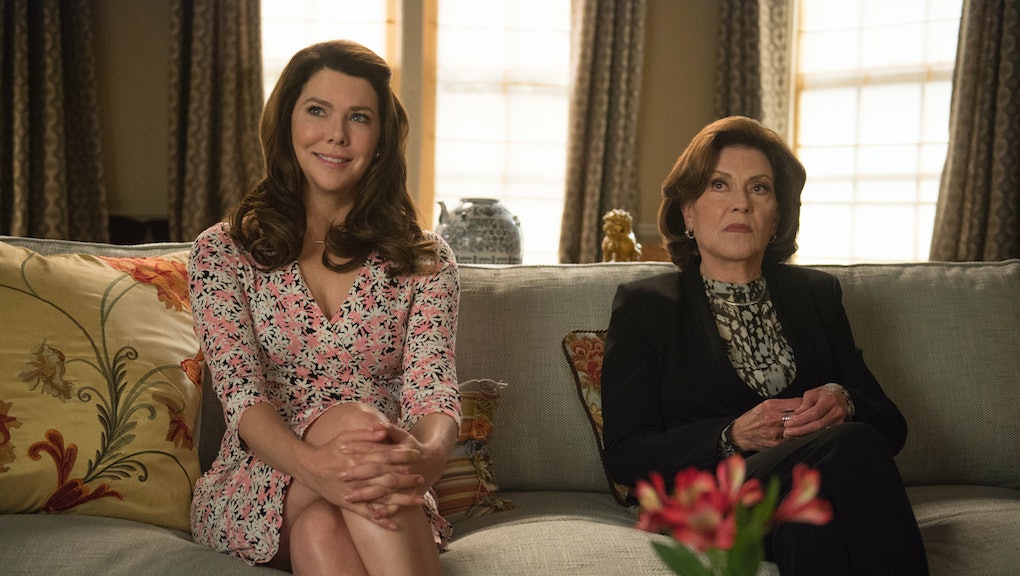 Should you binge-watch 'Gilmore Girls: A Year in the Life'? Opinions are split.

When Gilmore Girls: A Year in the Life hits Netflix Nov. 25, fans of the series will have a serious question on their hands: How should they watch the four new 90-minute specials?

Netflix has built its business model on the value of the binge-watch — so it's natural to assume many a Gilmore Girls fan who has been waiting nearly a decade for these new episodes to tear through them once they hit the streaming service. But in reviews of the series published so far, opinions seem to vary.

For example, Variety's TV critic Maureen Ryan writes in her overall positive review that watching too much A Year in the Life in one sitting is unadvised:

The 'Gilmore Girls' we knew and loved is back, and at its best, it's the equivalent of a platter of powdered donuts and extra-crispy french fries. Maybe it's a little too much at times — and rapid consumption of the four 90-minute episodes Netflix commissioned is not advised — but when it relies on the notable strengths of its core ensemble, it is television at its most warm and reassuring. ... Here's a recipe for enjoying this new edition of 'Gilmore Girls': Get a blanket and a mug of cocoa, and watch 30 or maybe 40 minutes at a time. It'll still be there, waiting for you, next time you need a distinctive and idiosyncratic blast from the past, one that makes the transition to the present fairly seamlessly. In other words, don't binge on this comfort food.

Her argument for a slow consumption, she continues, is that A Year in the Life can be a healing salve. "In these difficult and uncertain times, why not make it last?" she asks.

But in her review for Vulture, Jen Chaney says the series is uniquely suited for bingeing:

Fans of Stars Hollow, the Connecticut town where 'Gilmore Girls' is set, proved they're just as voracious as fans of 'Star Wars.' They have been counting the hours until Nov. 25, the post-Thanksgiving date that Netflix set for the 'Year in the Life' premiere, enabling viewers to settle in for a binge-watch the same way that Rory and Lorelai would: with a mountain of leftovers spread out in front of them. (Also, probably a couple of pizzas and at least one box of Chinese food.)

This tracks with USA Today's own watch guide, which assumes viewers are bingeing and instructs them on the best Gilmore-related foods and entertainments to bring along.

So the answer to the question seems to come down to a difference in preference. Is the more comforting thing to immerse yourself in the world of Stars Hollow for six straight hours, or to come back to it over and over again over the course of time? Different viewers are going to answer that question in different ways, and the personal response is the key.

One last thought to consider: Gilmore Girls is an immensely rewatchable series. The first watch of A Year in the Life will almost certainly not be the last; creator Amy Sherman-Palladino is an expert at layering the show's world so that repeat visits feel welcoming and warm. So a binge-watch is not the end of one's journey with A Year in the Life — in fact, it's just the beginning.