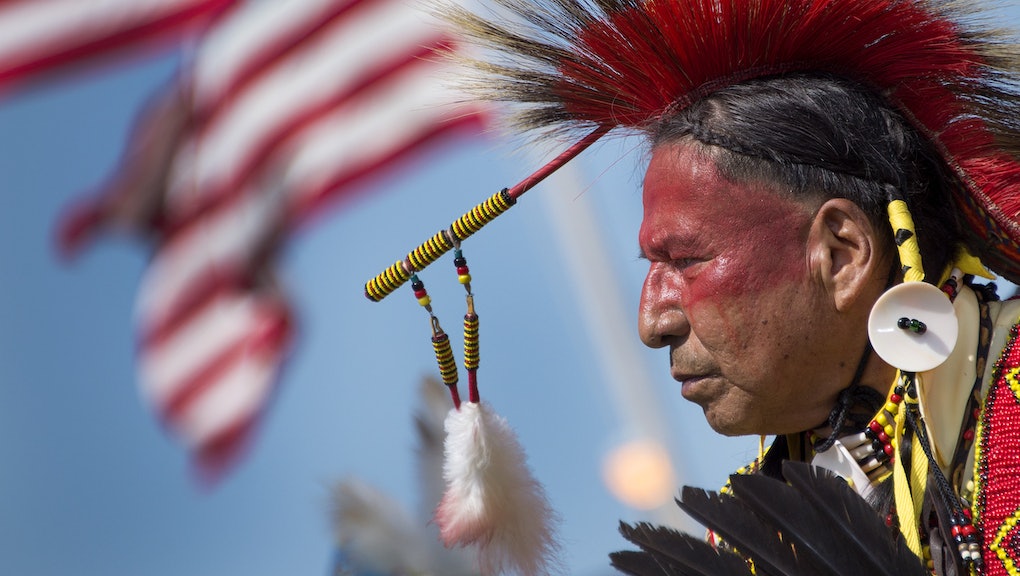 We all know Thanksgiving, but what about honoring Native American Heritage Month?

On Thanksgiving, we gather with our families and loved ones, and despite our differences, we try our best to celebrate the shared love we have for one another, honoring the things in life we have to be thankful for.

We do so while remembering the pilgrims and Native Americans, who shared a turkey Thanksgiving feast in the 17th century when the former were on the brink of starvation — or so the TV specials would have us believe. In truth, turkey wasn't even served at the first Thanksgiving.

But while we honor the idea of hospitality for white colonizers in America, we often ignore the fact that Native Americans were here first.

If you missed celebrating Native American Day this year, you weren't alone. Only two states officially celebrate Native American Day, which is celebrated on the fourth Friday of September in California and the second Monday of October in South Dakota.

The second Monday in October has traditionally been celebrated as Columbus Day in the United States, but a lot of cities across the nation are attempting to make the change. They celebrate Indigenous Peoples Day instead, recognizing that Christopher Columbus himself enslaved and mistreated Native Americans during his travels to the so-called "New World."

Indigenous peoples have been here for thousands of years

Many Americans celebrate, with great fanfare, the 400 years that Europeans have lived here. The Jamestown and Plymouth Rock settlements receive a lot of attention in the history books.

But Native Americans were here first — and for thousands of years. Most believe that the ancestors of Native Americans crossed a temporary land bridge between modern-day Russia and Alaska some 12,000 years ago. New evidence also suggests their ancestors arrived by some other means, perhaps crossing the Pacific Ocean.

Countless different tribes have lived in the Americas since then, in many different regions. Huge cities have existed, such as Cahokia, which rested on the Mississippi River just across from where modern-day St. Louis is located. Cahokia had as many as 20,000 people living there at its peak and had huge, earthen pyramid-like structures. Europeans never witnessed this innovative city, as most inhabitants abandoned the settlement around 1300 CE.

Native Americans also had some very complex legal systems, oftentimes governing between multiple tribes. The Iroquois Confederacy, for example, was very influential to the founders of the United States, including George Washington and Benjamin Franklin.

Mistreatment and attempts to reconcile

When Europeans came overseas, they shifted Native Americans' fortunes for the worse.

European settlers saw opportunities to gain the land that many native peoples had called home for generations. Doctrines like Manifest Destiny sought to justify the plundering of these lands and their resources. And Europeans brought more to the Native Americans than death by violence; they also brought new diseases — at times purposefully targeting native peoples' immune systems as a means to further their ends.

A movement took hold in the late 20th century to recognize the wrongs that European settlers perpetrated on native peoples. Treaties and sovereignty of many tribes are honored by the U.S. government — where they might not have been honored in the past — and designations of holidays are attempting to bring further recognition to the original peoples who lived on this continent.

In making plans to celebrate Thanksgiving, don't forget: It's also Native American Heritage Month. Observing it won't undo the atrocities that occurred over the past few centuries — or the current threats to Native Americans and their lands, such as the proposed Dakota Access Pipeline — but recognizing and celebrating those who were here first is an important step in moving things forward.