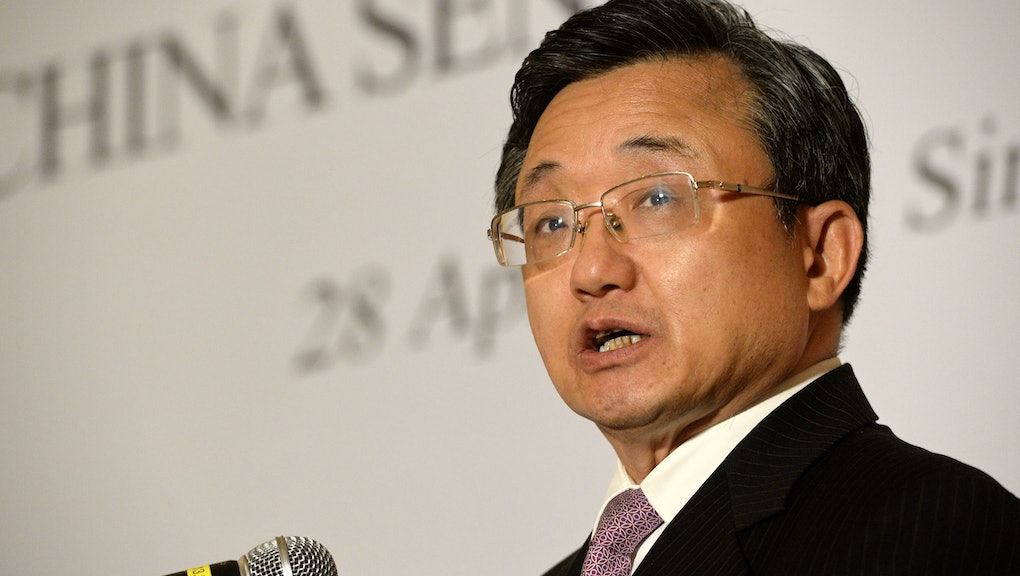 Donald Trump's belief that global warming is a hoax manufactured by China just got fact-checked — by China.

Speaking during the international climate change talks in Marrakech, Morocco, on Wednesday, Chinese Vice Foreign Minister Liu Zhenmin issued a reminder to the president-elect that it was two of America's Republican presidents — Ronald Reagan and George H.W. Bush ? who helped lead the initial charge against global warming in the 1980s, CNN reported.

"If you look at the history of climate change negotiations, actually it was initiated by the [Intergovernmental Panel on Climate Change] with the support of the Republicans during the Reagan and senior Bush administration during the late 1980s," Liu told reporters in Marrakech, according to Bloomberg.

Liu also clarified in no uncertain terms that climate change is not a hoax, according to notes on the remarks sent to CNN by a Chinese delegate, and said that Republicans' continued attention on the matter is critical.

"Climate change should not be a partisan issue in the first place."

"I know the election has left some uncertainty about the future," he said. "I can't speculate about what policies the president-elect will pursue, but I've learned that some issues look a little bit different when you're in office compared to campaign. Climate change should not be a partisan issue in the first place."

According to data from the U.S. Environmental Protection Agency, China is the world's top carbon dioxide emitter, followed by the United States.

Both nations signed the landmark Paris Agreement in 2015, in which individual countries pledged to lower emissions collectively in an effort not to let the planet warm more than 2 degrees Celsius above pre-industrial levels.

Despite a near-consensus among scientists that global warming is a reality that could one day pose a dire threat to the planet, Trump has pledged to withdraw the U.S. from the Paris Agreement.