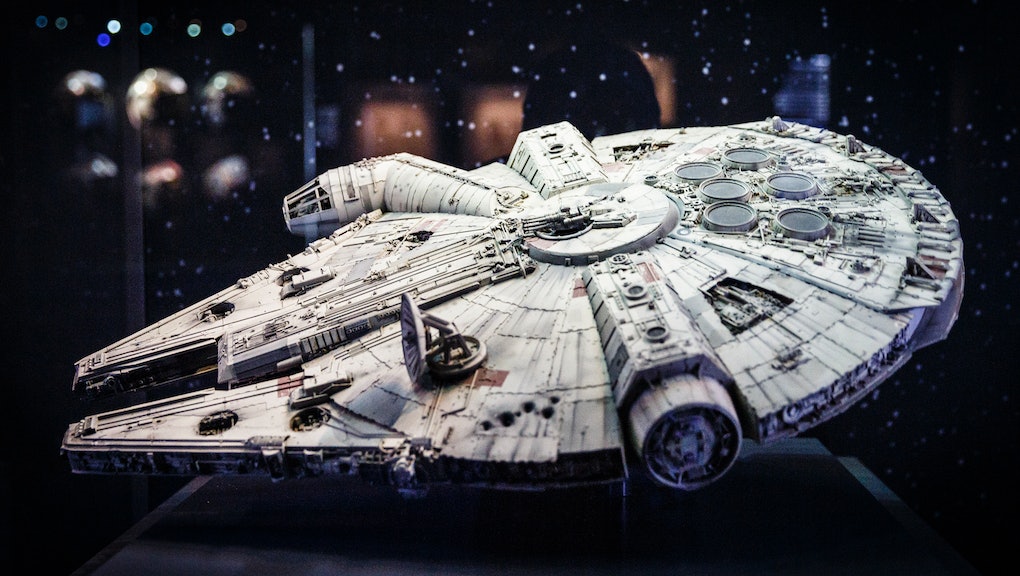 Here's how much the Millennium Falcon would cost in real life

The White House will not build a Death Star, despite the very popular petition that made its rounds, and it's probably for good reason. It would be unbelievably expensive to build, and if it was built in the next four years it would be under the control of Donald Trump. So that's a no — but what about another iconic staple from Star Wars, the Millennium Falcon?

The folks at Twizzle — who also crushed your dreams of seeing a real-life Death Star with its expensive figures — crunched the numbers on how much the Millennium Falcon would cost to build. Thankfully it comes in at a much more reasonable 1,988,348,881 British pounds, or $2,474,132,337.

Is that still very expensive? Yes, but most countries have a GDP higher than $2 billion, so several major leaders with a touch of nostalgia for the Star Wars franchise could, hypothetically, float some cash toward a Falcon project. Would this be a popular decision for said country's citizens? Only if they're enthralled with the prospect of the Kessel Run being completed in less than 12 parsecs.

Unfortunately, there's another important caveat: Some of the technology for the Falcon doesn't exist. For starters, it needs a hyperdrive (which is where most of the cost ostensibly goes), quad laser cannons and capable pilots — with annual salaries! — like Chewbecca. We don't think Chewbecca mom, bless her, is up to the task.

You can check out the full breakdown of the Millennium Falcon's cost below: