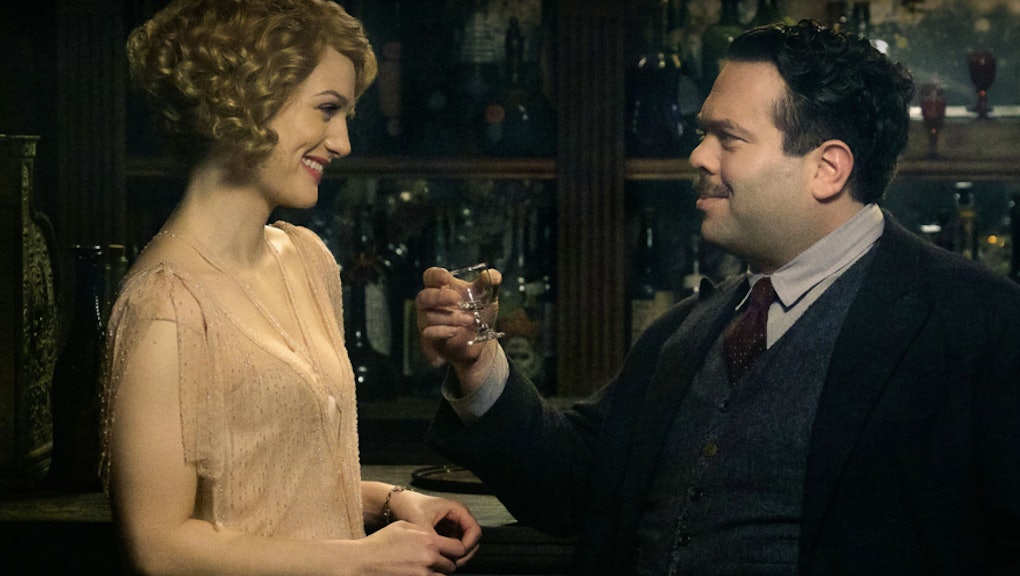 Who are the muggles in 'Fantastic Beasts'? Meet the no-majs and Second Salemers.

The first seven books (and eight films) of the Harry Potter world were more fascinated with the wizarding community than us everyday muggle-folk. Sure, there were the Dursleys, but they were pretty vile and by no means the most exciting characters in the series. With Fantastic Beasts and Where to Find Them, it all seems a little bit different, more nuanced.

While the film follows the adventures of Newt Scamander, an English wizard who arrives to New York in the 1920s, there are also several nonmagical folk who appear to be just as interesting — even if they don't have wands. Here's a breakdown of the most important ones.

Jacob Kowalski is what they call in the U.S. a no-maj — a nonmagical person, a muggle. He wants to become a baker one day, but doesn't have the money, and he is oblivious of the magical world until he runs into Newt and his gone-wild magical creatures. The two eventually become friends and Kowalski becomes the first major nonmagical character in the whole franchise to be counted a hero.

One of the most villainous no-majs in the New York 1920s scene is Mary Lou Barebone, the leader of the New Salem Philanthropic Society. As the name suggests, her organization is about witchcraft. What it doesn't say is that it has zero to do with philanthropy. Mary Lou and her cronies, known as the Second Salemers, are determined to get rid of all magic, every wizard and witch.

The adopted son of Mary Lou and a reluctant Second Salemer, Credence is a mysterious character. He's a quiet, more reserved character, powerless to Mary Lou's abuse and rage. His vulnerability puts him in a position of interest for Director of Magical Security Percival Graves, whose investment in Credence is questionable.

Although not main characters, the Shaw family — which includes Henry Shaw Sr. and his sons Sen. Henry Shaw and Langdon Shaw — represent a political world independent of the magic one. According to a breakdown of the characters on fan site Wizards and Whatnot, Shaw Sr. is a newspaper tycoon proud of his elder, successful son but doesn't look kindly upon Langdon, who tries to point out all the strange happenings in the world. The elder son isn't too much concerned with magic either, as the senator is more preoccupied with no-maj law, specifically Prohibition. While Harry Potter had the Ministry of Magic, Fantastic Beasts is concerned with these figures in American politics and their involvement in the crisis sprung upon New York by Newt Scamander.