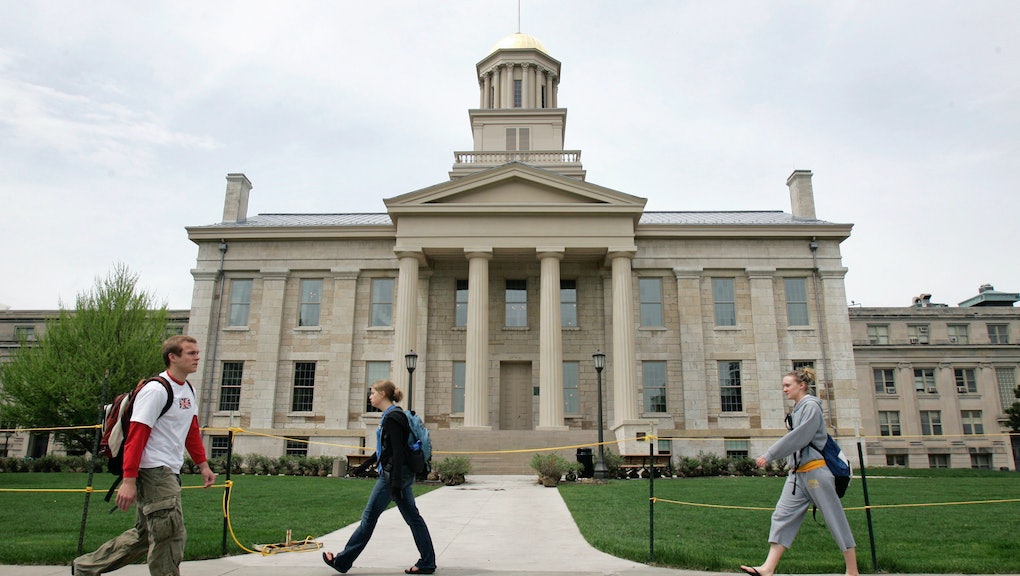 Such is the name of a bill Kaufmann plans to introduce to the state legislature in January that would cut funding to public universities spending money on "safe spaces" and self-care directly related to Trump's win. In a phone interview on Thursday, Kaufmann said he didn't want to call out any schools in particular, but mentioned he'd heard that some were offering "aromatherapy" and "cry rooms" to help students cope with the election's outcome.

The Wall Street Journal reported on a handful of these colleges, including the University of Michigan, whose Multi-Ethnic Student Affairs office gave students Play-Doh and coloring books. At the University of Maryland, an astronomy professor canceled a Nov. 9th exam.

"We shouldn't take away therapy or mental health resources," Kaufmann said in an interview Thursday. "But these are extra dollars being spent to coddle people who can't handle the results of the election."

Kaufmann's gripe is a familiar one: He doesn't believe these schools are preparing students for the real world.

"What happens when your car breaks down, or you have to take a second job to pay for the mortgage?" Kaufmann wondered. "Part of transitioning into adulthood is figuring out what it takes to cope."

But as many people have pointed out, most students aren't just "bummed" or "whining" about Trump's victory — they feel real fear. Given the spike in hate crimes over the last week, many feel their concerns are warranted.

Kaufmann said he understands where that fear is coming from and sympathizes with it: "It's unacceptable for there to be any threats to anyone based on your skin color, who you love — if there's a threat to anyone's safety I would find ways to arrest them, put them in jail and do anything it takes to make that go away."

What he can't tolerate, though, is when students' responses to the election, be they from a place of mourning or rage, interfere with "other people's" rights.

For Kaufmann, it was the student protests that occurred on Friday that tipped the scales. According to a local ABC affiliate, students from Iowa City West and City High Schools walked out of class that day to join the anti-Trump protests which eventually blocked local Interstate 80. Kaufmann said he'd gotten a call from a constituent with a "blood disorder" who'd gotten stuck in the resulting traffic and said her life had been put in jeopardy by the protests.

The woman's concern inspired him to add another stipulation to his "suck it up" bill, which would bring criminal charges against protesters who shut down highways. In addition to potentially endangering lives with their protest, Kaufmann said students had also done a disservice to their classmates by disrupting their studies.

"I'm sincerely concerned if we're raising people to believe that they have to storm out of exams and go protest on the interstate," Kaufmann said. "I see the two things as connected."

He continued: "To me, it's about what you should do when you have issues with a win-or-lose situation such as an election. If you believe you deserve to have a zone carved out for you, I want to know what you're going to do when life sucks."

Of course, Trump himself had said he wouldn't accept the results of the election if they didn't come out in his favor, and many of his supporters soundly agreed. Kaufmann maintained he would have held the same staunch position on disruptive protests had the protesters been anti-Hillary Clinton protesters instead of anti-Trump.

Despite what Kaufmann believes about "coddling" universities, though, some believe there is no better place to debrief one of recent history's most messy elections.

"I think universities are the perfect place to have these types of conversations," University of Northern Iowa director of university relations Scott Ketelsen told the Des Moines Register. "It's where people learn. It's where they share ideas. I don't consider it coddling."