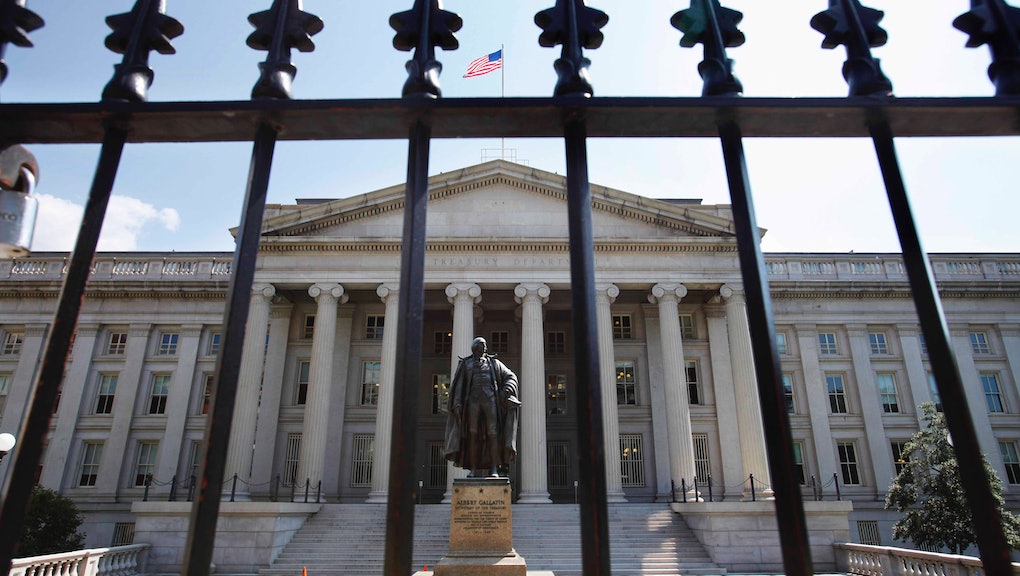 What does the secretary of the Treasury do? 7 key things to know.

President-elect Donald Trump has reportedly narrowed down his search for the next Treasury secretary — and the front-runner as of Wednesday is Trump's campaign finance chair, Steve Mnuchin, according to Politico's Ben White.

The Treasury secretary is one of the most important positions that Trump will need to fill.

During the recent financial crisis, for example, it was Treasury Secretary Henry Paulson who was in charge of finding buyers for troubled banks — and deciding which ones would fail and which ones would get bailed out.

The current secretary, Jacob Lew, has been in his position since 2013, but he started his career in government back in the 1970s, as a legislative aid.

Here are the Treasury secretary's other major responsibilities.

The Treasury secretary is in charge of creating jobs and maintaining a strong economy.

The Department of the Treasury was set up by President George Washington's right-hand man Alexander Hamilton, who was tasked with righting the country's finances in the wake of the Revolutionary War.

One of Hamilton's most controversial measures was insisting on dollar-for-dollar repayment of the war debt, which he felt was essential to rebuilding the nation's credit and making sure the U.S. could still borrow money.

The mission of the Treasury department is to "maintain a strong economy and create economic and job opportunities," as well as preventing and mitigating financial crises.

One of the major responsibilities of the secretary of the Treasury is overseeing Wall Street, and enforcing federal tax and finance laws.

The Treasury secretary is also in charge of coordinating with the country's largest companies and financial institutions to make sure there aren't major shocks that could destabilize the economy.

In more recent years, the Department has also been in charge of implementing the Dodd-Frank Act, the bill passed in the wake of the financial crisis to help reduce risk in markets and in the economy.

The Treasury Department works closely with the Federal Reserve — the nation's central bank — to guide monetary policy and decide how much money to print.

(It's the Fed's job to determine interest rates, the cost of borrowing money, which in turn affects employment and the cost of goods and services.)

The Treasury is tasked with deciding what kinds of currency bills to print and what they should look like.

Every bill printed is signed by both the secretary of the Treasury and the United States treasurer.

The Treasury secretary is in charge of borrowing money to finance the government.

The Department of the Treasury is also in charge of borrowing money to help fund the government, which it does primarily through the issuance of government bonds or Treasuries.

Known colloquially as "T-Bills," "T-Notes,' or "T-Bonds," these bonds are typically issued by the Treasury Department through online auctions, and they pay different interest rates over different spans of time or "maturities" depending on which type you buy.

Generally they are seen as one of the safer investments you can make, because they are backed by the full faith of the U.S. government.

The Department of the Treasury houses the Office of Tax Policy, which is tasked with setting and implementing tax policies along with the Internal Revenue Service.

The office must come up with estimates for tax revenues — which in turn helps the president set a budget and negotiate tax treaties with other countries — as well as collect outstanding debts that people owe the U.S.

The Treasury Department plays a major role in national security.

One of the more surprising roles of the Treasury Department is its role in national security.

Its Office of Terrorism and Financial Intelligence is in charge of figuring out when money is being used to finance domestic and international terrorism, identifying money launderers, and going after drug kingpins.

This Treasury secretary could be tasked with undoing Barack Obama's legacy.

Should the post of Treasury Secretary indeed go to Mnuchin, he will have a big job ahead of him: Re-writing the financial regulations passed during President Obama's administration, as well as implementing what's expected to be a major overhaul to the tax code.

Mnuchin is a controversial figure. He has come under fire as a financial crisis profiteer because of his role as the former chairman of OneWest Bank, which he acquired for a song in 2009 at the depths of the market crash.

The bank itself has come under fire for foreclosing on homes instead of modifying terms for troubled homeowners in the wake of the financial crisis, when many suddenly discovered their homes were worth less than what they paid for them: 68% of those foreclosures were in majority non-white neighborhoods.

More recently, OneWest came under fire from advocacy groups accusing it of "redlining" majority non-white neighborhoods and refusing to issue loans. According to Bloomberg, OneWest made just two loans to black borrowers in 2014 and 2015 — across 53 branches in a swath of Southern California that includes Los Angeles.