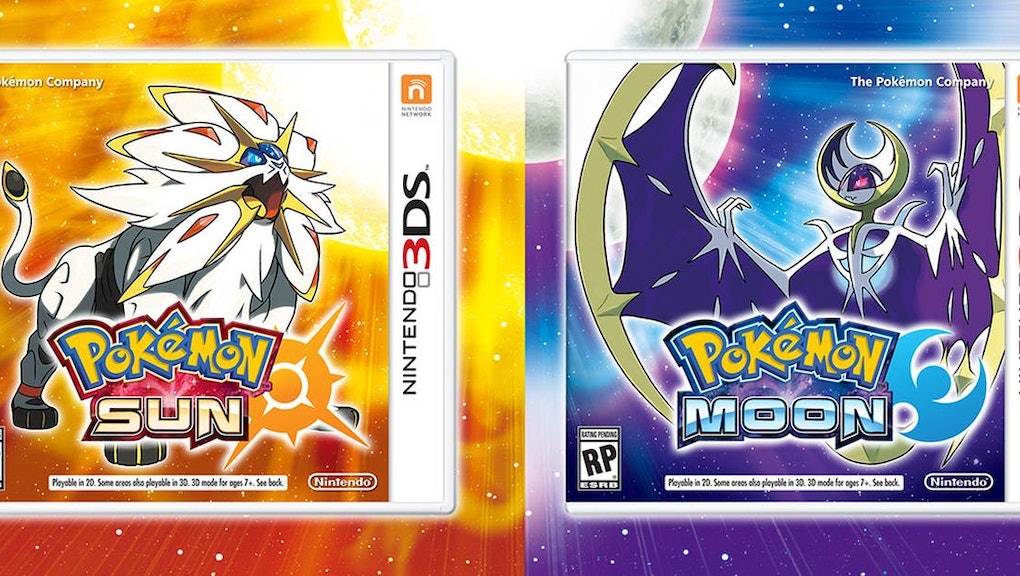 'Pokémon Sun' vs. 'Pokémon Moon': Exclusives & other differences to consider before buying

Pokémon Sun and Moon is set to hit stores tomorrow, and if you haven't pre-ordered the game already that means you have a big decision to make. Will you pick Pokémon Sun or Pokémon Moon?

The differences between may seem small, but put them all together they start to add up. Here's our breakdown of everything to consider before you decide which version to buy.

The biggest difference between Pokémon Sun and Pokémon Moon is right there on the packaging. Which legendary do you prefer: Lunala or Solgaleo?

Pokémon Moon includes Lunala, a psychic/ghost-type Pokémon with a special ability called Shadow Shield that protects it from damage when it's at full health. The Pokémon Company's website offers a bit of backstory for this mythical flying beast.

Since ancient times, Lunala has been honored as an emissary of the moon. It is referred to with reverence as "the beast that calls the moon." Lunala is constantly absorbing light and converting it into energy. With its wings spread to absorb the surrounding light and glittering like a crescent moon, it resembles a beautiful night sky. Lunala's signature Moongeist Beam attack releases an ominous beam of light that disregards the target's Ability.

If you opt for Pokémon Sun instead, you'll get Solgaleo. This psychic/steel-type Pokémon boasts a special ability called Full Metal Body that protects its stats from dropping due to an enemy's abilities or attacks.

Since ancient times, Solgaleo has been honored as an emissary of the sun. It is referred to with reverence as "the beast that devours the sun." Solgaleo's body holds a vast amount of energy, and it shines with light when it's active. It has a flowing mane with a remarkable resemblance to the sun. Its signature move is Sunsteel Strike, an attack that charges at an opponent with the force of a meteor, disregarding the target's Ability.

There are plenty of other version exclusives that differentiate Pokémon Sun and Moon. Here's a quick visual look at all the differences.

You can see even more version exclusives in this official video from the Pokémon Company.

Whichever game you pick, remember that you can always trade with other trainers online. So you should be able to complete your Pokémon collection despite the differences between Sun and Moon.

The time of day within Pokémon Sun and Moon is tied to the real world, but with one key difference. Sun will match the real world perfectly, while Moon is set 12 hours off. So if you play Pokémon Moon at night it will be daytime in the game.

That's definitely something worth considering. For example, if you mostly play at night but prefer the game to take place during the day you're better off with Pokémon Moon. But if you play during the day and want the in-game experience to match, grab Sun instead.

The Pokémon Company also notes that some events will differ depending on which game you pick. Specifically, the beefed-up Totem Pokémon you fight as part of each trial may vary between Sun and Moon.

Pokémon Sun vs. Pokémon Moon: Why not buy both?

Still can't decide between Pokémon Sun and Pokémon Moon? You can always buy both. If not, consider teaming up with a friend and splitting the difference. That way you can both experience both games and decide which you prefer.

If you do end up grabbing both games, you might as well buy this Pokémon Sun and Moon dual pack. Nintendo won't actually lower the price when you order both games together, but it does come with a code for 200 free PokéBalls that you can use in the game.