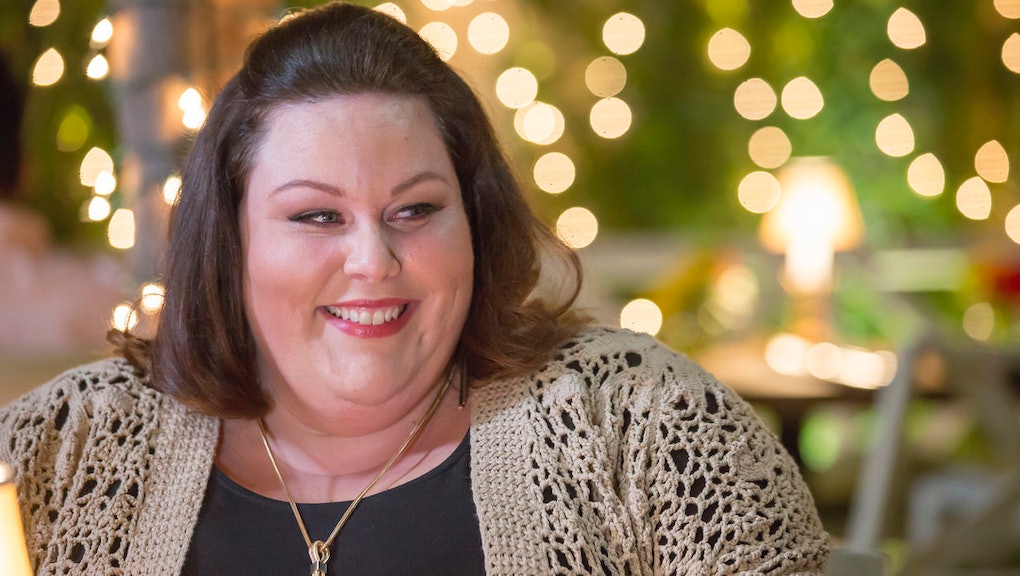 One of NBC's biggest strengths this season is its family drama This Is Us, which finds a unique way to tell the stories of different members of the Pearson family. Chrissy Metz, the actress who plays Kate, a woman in her 30s trying not to let her weight define her, is a standout, and is confident in not letting success dictate how she feels about bigger bodies.

In a recent interview with TVLine, Metz not only revealed that she contractually has to lose weight as part of her character's journey, but that in the process she wants to send a positive message about weight.

"I just have to be very clear, whether or not I lose weight or stay the same, it's purely a choice of mine for health." Metz said. "Not because I think that plus size, curvy, voluptuous, big bodies aren't attractive— because I think they're awesome and sexy."

"So I'll just have to make sure that's known, because I'm not selling out the big girls," she said. "I don't do that. That's not me."

Metz also explained why she was so willing to agree to this part of job.

"That was a win-win for me," she said. "Because it's one thing to try to do it on your own. But as human beings, it's an ego thing: We're more likely to do something for someone else."

Metz opened up to People in October about her own childhood, and relating to her character arc — particularly the balancing act Kate's mom Rebecca has to play with her daughter in flashbacks.

"I remember being at Weight Watchers at, like, 11 years old and my mom just trying to figure it out for me," Metz told the magazine. "It's one of those things where it's heartbreaking because, as a parent, you want your child to have the best life possible and you want them to be protected and in this little bubble where everybody finds them to be beautiful and perfect and their lives to be amazing. But that's not always the case."