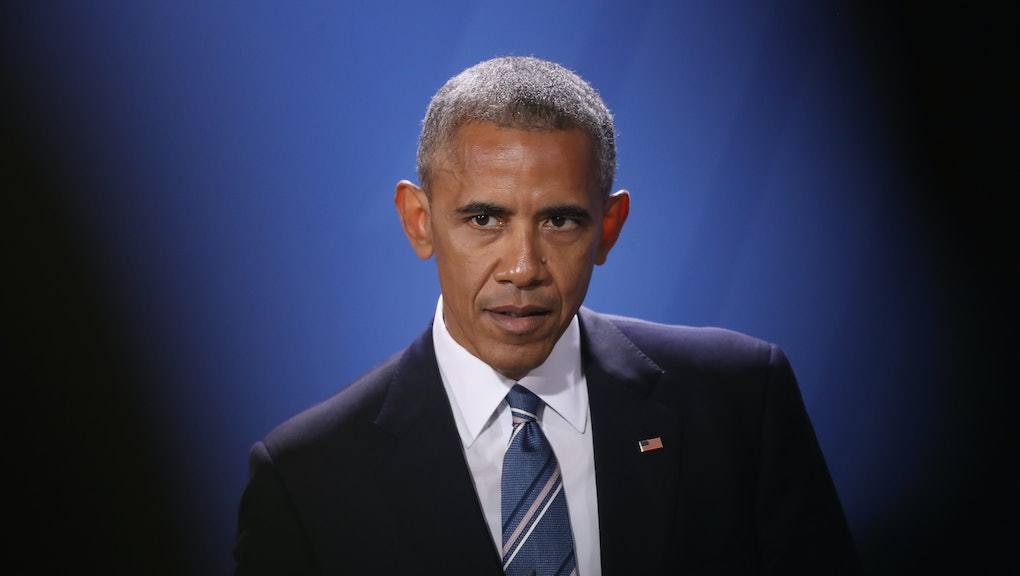 Mark Zuckerberg said that the notion that fake news can influence an election is "a pretty crazy idea." President Barack Obama just refuted Zuck's unwillingness to acknowledge his platform's power.

"Because in an age where there's so much active misinformation and its packaged very well and it looks the same when you see it on a Facebook page or you turn on your television," Obama said at a news conference in Berlin on Thursday, the New York Times reported. "If everything seems to be the same and no distinctions are made, then we won't know what to protect."

Following Donald Trump's win, fingers quickly pointed at the rampant spread of misinformation on major social media platforms as a critical factor in swaying public opinion. Facebook got serious criticism for its fake news problem, with BuzzFeed reporting that fake election stories on the platform outperformed election stories from major, credible news sites. Zuckerberg had previously claimed that 99% of the content on Facebook is authentic. Hmm.

While Facebook's exact metrics are shrouded in secrecy and Zuck continues to remain disillusioned or too cowardly to admit Facebook's political influence, it's still undeniable that the spread of misinformation is a real problem. Obama agrees.

"If we are not serious about facts and what's true and what's not, and particularly in an age of social media when so many people are getting their information in sound bites and off their phones, if we can't discriminate between serious arguments and propaganda, then we have problems," he said.

Chrome extensions and extensive Google documents have since been created to help readers tell the fake news from the credible sources. But for users who won't take the time to fact-check their own sources, the spread of misinformation — which exists on Facebook but also Twitter and Google — is a dangerous issue tech companies need to acknowledge and work towards resolving. Especially now that the president-elect is a contributor.