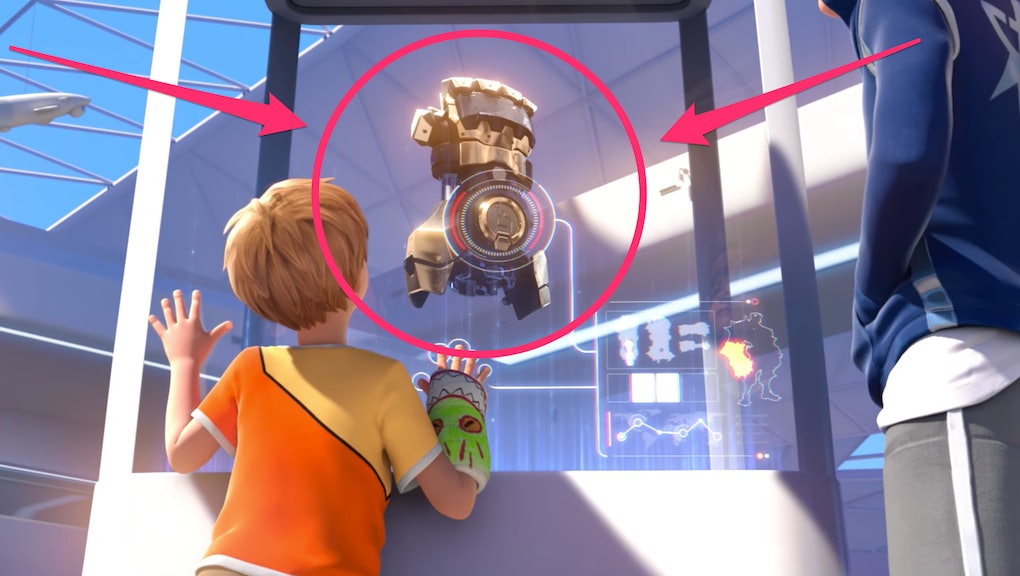 New 'Overwatch' character rumors: Who are Doomfist and Soundquake?

Say what you will about Blizzard's mysterious, top-secret approach to revealing content for its multiplayer shooter Overwatch, but you can't deny that it's an effective way to get fans speculating wildly about what might be on the horizon.

Now that the latest character, Sombra, has been added to the game via Overwatch patch update 2.0, it's time to reflect on what characters Blizzard might be revealing next. Let's discuss.

Overwatch characters: Who is Doomfist?

The non-playable Overwatch character with the most amount of information out there is Doomfist. The first time he's mentioned is in the cinematic trailer for Overwatch — the main object the characters are fighting over is Doomfist's gauntlet, the one levitating inside the glass case:

Upon spotting it, the little boy in the trailer says, "Whoa, that's Doomfist's gauntlet! Oh, man, they said he could level a skyscraper. And remember, he was fighting and Winston beat him?"

Towards the end of the trailer, the older kid actually wields the gauntlet and punches Widowmaker with it, creating a giant explosion:

Despite not being a playable character, Doomfist has a heavy presence within the game itself, too — specifically, on the Numbani map.

In the first spawn point for the defensive team — in the building called the Numbani Heritage Museum — these banners are hanging on the walls for a Doomfist-based exhibit:

Based on this set of banners, it seems that Doomfist is actually a title that gets passed down from person to person based on who wields the Doomfist glove — the first was known as the Savior, the second as the Scourge and the last as the Successor. Notice how the last one, the Successor, is shrouded in shadow, making his identity a mystery? This could theoretically be a clue that he'll eventually be revealed as a new Overwatch hero.

Also, the payload on Numbani is a car with Doomfist's glove suspended in a glass enclosure, in case you hadn't noticed:

We don't have to just hunt for clues about Doomfist in Overwatch itself, either. Chris Metzen — who once served as senior vice president of story and franchise development for Blizzard — discussed Doomfist at length in an interview with PC Gamer in Dec. 2015. Here's what he said when PC Gamer asked about Doomfist's place in Overwatch lore:

What started to happen with Doomfist, the more we jammed on him, especially — you got the gauntlet in the announcement cinematic. And then you've got the same gauntlet being taken on the payload in the Numbani map, and then this exhibit [about Doomfist in Numbani] — and we kind of started thinking how fun would it be if the Doomfist character is actually more of a generational hero, like you see in some of the the big superhero universes. Potentially any number of people had been The Flash or any number of people had been a Green Lantern. And there's kind of this sense of generational identity. So Doomfist was kind of just a fun riff on that. We've talked about the gameplay of doing a Doomfist character — again, we have nothing to announce — but we've talked about it and how much fun would it be to design that character. So as Numbani took shape as a playable space, we knew that this character of Doomfist would be from here and how fun [it would be] to present the idea as more of a generational [character].

So, while Metzen was cagey about saying whether Doomfist would actually appear in Overwatch as a playable hero, we know Blizzard has — at the very least — discussed potential ability sets for him. In the year since that interview, perhaps Blizzard has moved forward with that.

The most recent clue about Doomfist appears in the YouTube video that provides backstory for Overwatch's newest hero, Sombra. Toward the end of the video, Sombra calls up a giant diagram of important, powerful figures in the Overwatch world and the connections between them. The symbol to her left is Doomfist's glove.

This video from Curse Entertainment has an excellent rundown of a few more clues hiding in the Numbani map that you should definitely check out if you want more info on Doomfist.

Overwatch characters: Who is Soundquake? What other characters are rumored?

The cinematic trailer for Overwatch references a ton of other characters besides Doomfist. After watching an animated video, the young boy says, "That was so cool! In that one battle, they had Soundquake — remember he has, like, chest missiles? So, which one's your favorite? Mine's Fusionator — No, no, Tracer!"

While it's certainly possible that Soundquake and Fusionator might be revealed as future Overwatch characters, they were likely just throwaway titles stuck in there for flavor. In that same PC Gamer interview, Overwatch writer Michael Chu said the following about some of those characters the trailer teases:

I remember we kind of had a writing team at the time as we were scripting that cinematic and Jeff Chamberlain, the director [of the announcement cinematic], really laid a lot of that out. But I'm like, I want to just have almost like a shotgun blast of flavor. So I had riffed Soundquake and Doomfist, and I just personally enjoy riffing compound noun names if World of Warcraft is any indicator. So I just threw a bunch of shit out to make it sound like there's all this texture. I guess we're letting air out of the balloon and looking much less cool, but that was the intent of the flick — to create a sense of a far larger tapestry that we would actually weave together over time.

So, whether Soundquake and Doomfist will be woven into Overwatch tapestry in the future is anyone's guess, but it's not totally impossible.

The cinematic trailer also has a shot near the beginning of the Overwatch crew, many of whom are not playable characters. One of them — the white robot next to Tracer — appears to be a personified version of Athena, the AI that Winston interacts with in the "Recall" animated short.

The "Recall" short appears to tease other potential characters, too. When Winston calls his fellow Overwatch agents back into action, you see a ton of pictures of Overwatch agents flash by. Most of them are familiar — like Genji and Mercy — but there are several that don't match any known Overwatch heroes thus far.

The short answer to the "What could the next Overwatch character be?" question is that Blizzard likes teasing fans with brief glimpses of characters, but whether they're legitimate teases or just throwaway concept art is anyone's guess — that is, until Blizzard decides to unveil them.

All we can do is wait, but maybe we could skip the alternate reality game this time, OK, Blizzard?