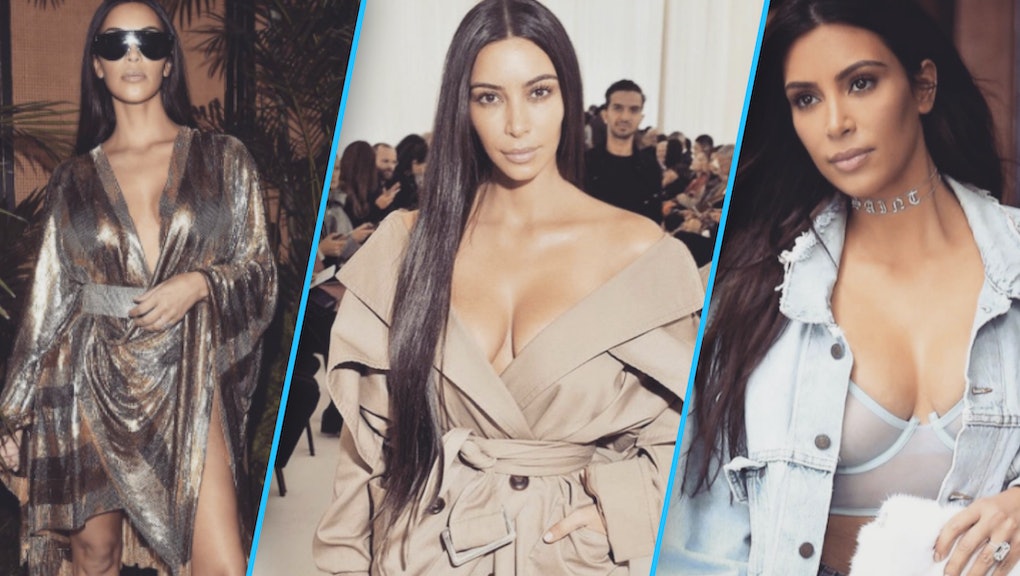 Kim Kardashian West has taken a break from social media. We need her now more than ever.

It's been over six weeks since Kim Kardashian West has posted on Instagram. It's been seven weeks since she tweeted. Over on her Snapchat, there are no signs of life. And over on her website, there have been just a few posts, which have been rumored to be posted by her brother, Rob.

Kim Kardashian West, the undisputed queen of social media, is now nowhere to be found, with no return date in sight.

We all know by now why she decided to take a step back from social media (the Paris robbery, etc.), and that is completely understandable. She wants to be as safe as possible, take time to reassess how much information she's been giving her millions of fans and maybe spend more quality time with her family.

Surely not everyone feels this way. Not everyone feels a wave of joy and calm rush over them in the wake of Kim posting yet another flawless selfie, but for us it offers us a sense of stability.

Even amid international turmoil like the thought that Angela Merkel is the only woman who can save democracy, we could depend on a Kardashian West Instagram.

Prior to this social media vacation, another Kim Kardashian West tweet or Instagram was a sure thing. Almost every day, an extremely timely tweet like "Just finished the Amanda Knox doc. I don't think they did it. I really want a Natalie Halloway doc & they need to solve that crime. So sad!" or "Hair flip & eye roll at the same damn time!" would pop up in our feeds in between harrowing news like Donald Trump saying obscene and sexually aggressive things about women.

But in that moment, amid panic, when we saw her tweet, we would think: "Everything is going to be OK."

Over on Instagram, we would scroll through selfie upon selfie from our friends, but those all just seemed like poor attempts to be Kim, because only Kim can post a selfie so poreless and flawless that you immediately Google what foundation she uses, and follow her makeup artist on Instagram.

We're saying this with particular urgency now because with each passing day Kardashian West continues to hibernate, her family attempts to fill the void.

Over the past few weeks, Kylie Kardashian has become a fan of risqué selfies and Khloe Kardashian has been busy posting mirror selfies of herself in waist trainers. Meanwhile, Kendall Jenner has been all about her latest fashion campaigns and Kris, Kim's mom, has been hawking products as random as "mood flatware."

While we're on the topic of problematic family, let's of course talk about Kanye West, Kim's husband, too.

We need Kardashian West back as an antidote to Kanye West's latest hijinks. And by that we mean his recent support of Donald Trump (Kardashian West had previously endorsed Hillary Clinton ) and his attempt to come for our royal family: Beyoncé and Jay Z.

In a time of such uncertainty, unease and uproar, we need Kim Kardashian West back on social media.

We need her to come onto Twitter and say something like, "Uhm, babe?" and tag him or "LOL. Look at how cute North and Saint are right now." We need her to post an Instagram of him rubbing her feet as a sign that she just tore his candy ass apart. (Lovingly, of course.)

We need more pictures of her adorable children and her flawless face. We need to know that she is OK and thriving and hopefully keeping her husband's Twitter account away from him.

We need this. Our country needs this.

In these uncertain, scary times, we need Kim Kardashian West to assure us that there is good in this world, that there is hope and that nothing will stop her from being herself and enjoying herself.

We need her back. Now.