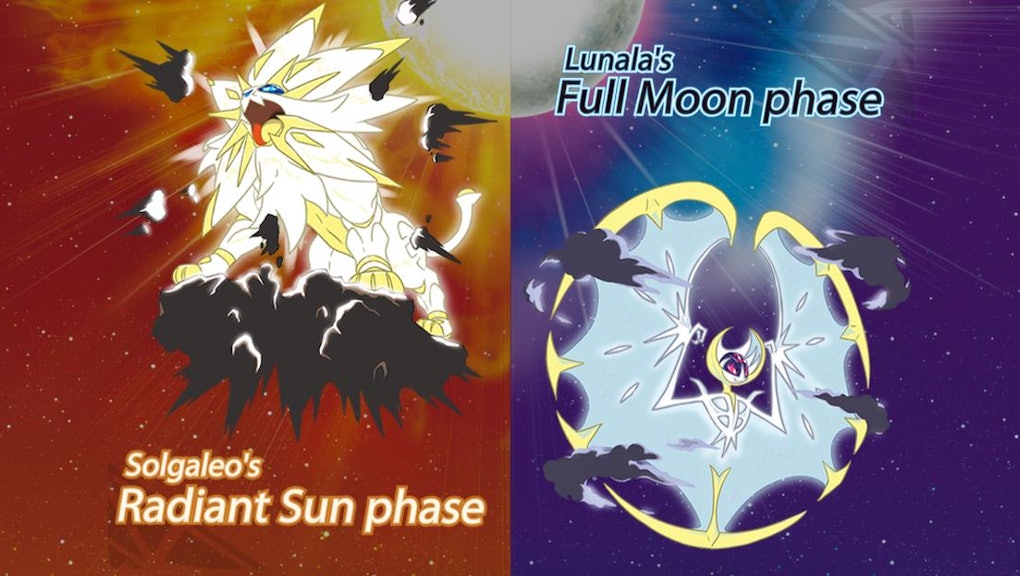 'Pokémon Sun and Moon' Legendaries: How to catch Lunala, Solgaleo and Cosmog

Pokémon Sun and Moon is finally here and that means it's time to dig in for the weekend and start playing. There's plenty to do in the tropical setting of Alola, but one of your top priorities is probably catching the new legendaries included in Pokémon Sun and Moon.

Pokémon Sun and Moon legendaries: How to catch Lunala and Solgaleo

Tracking down Lunala and Solgaleo in Pokémon Sun and Moon isn't very difficult. These legendaries play a key role in the game's main story. So all you need to do is keep moving forward in the plot and eventually you'll encounter one of them. Which one you find depends on which version of the game you picked up.

Decided between Pokémon Sun and Pokémon Moon is the biggest factor to consider. We've already broken down the differences between these two legendaries extensively, but it's worth offering a quick breakdown right here.

If you pick Pokémon Moon you'll encounter Lunana, a flying psychic/ghost-type Pokémon that draws its power from the moon. It has a special ability called Shadow Shield that minimizes the damage from an opponent's attack when Lunana is at full health.

If you go with Pokémon Sun instead you'll wind up with Solgaleo, a psychic/steel-type Pokémon. It has a special attack called Sunsteel Strike that can overpower enemy abilities, and a unique ability called Full Metal Body that makes it immune to stat-lowering moves and abilities from opponents.

Pokémon Sun and Moon legendaries: How to catch Cosmog

Cosmog is a small psychic-type "Nebula Pokémon" that evolves into either Lunala or Solgaleo depending on which version of the game you get. You can actually catch Cosmog separately from its evolved forms, but not until after you've completed the main story in Pokémon Sun and Moon.

Once you beat the game here's what you'll need to do (via Pokémon Go Hub):

Once you catch Cosmog you can evolve it into Cosmoem and eventually into Lunala or Solgaleo. Which way it evolves depends on which game you're playing. Like before, Solgaleo is exclusive to Pokémon Sun, while Lunana only shows up in Pokémon Moon.

This extremely rare Pokémon is known to only a select few in Alola. At one time, it was known only by the kings of Alola and their heirs, and it was called "the child of the stars." The Aether Foundation is researching this unusual Pokémon, and one of the professors at the foundation recently dubbed it Cosmog.

Pokémon Sun and Moon: Everything you need to know