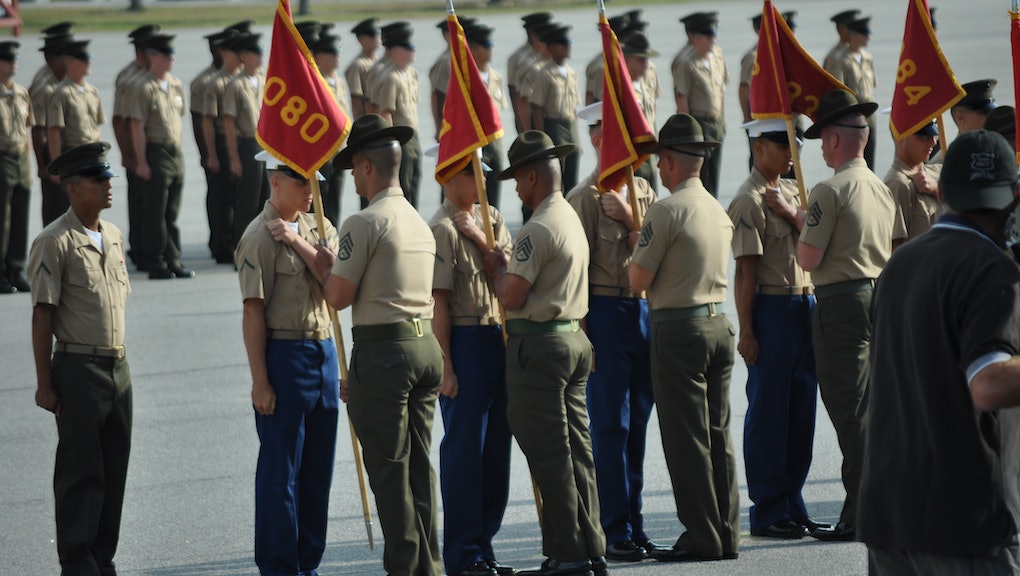 Being who you are while serving in the armed forces is now much easier — and Aaron Wixson's story proves it.

Lance Cpl. Aaron Wixson is one of the first transgender men to serve openly in the Marines, according to a CNN profile.

"I will feel that I am finally seen as who I really am," Wixson told CNN about going public with his transition.

Wixson, an Oklahoma native, will be able to change his name and gender in the Department of Defense database, as well as adhere to a male dress code and use men's facilities once he completes his treatment plan, CNN reported. CNN did not disclose Wixson's exact treatment plan.

The New York Times reported in May that about 2,450 of the 1.2 million people serving in the U.S. military identify as transgender. The Times also reported that paying for these would cost the military between $2.9 million and $4.5 million per year. The military currently spends $6 billion a year on medical care.

Wixson said he hopes to get a bilateral mastectomy — what many in the trans community call "top surgery" — before May. He has also filed an "exception to policy" request to begin using male-designated facilities and wear a men's uniform before then.

Wixson said the military's response has been encouraging.

"They've worked very, very hard to get me the help I need and help me get through this process," he told CNN. "I'm very lucky and grateful for their support."

Col. Walker Field, Wixson's commanding officer, told CNN the Marines are "lucky to have such talent in our ranks."

"Every Marine in this command deserves the very best opportunity to reach his or her full potential, including Lance Cpl. Wixson," Field said. "Enabling Lance Cpl. Wixson to openly serve as a transgender Marine necessarily increases readiness and broadens the overall talent of the organization."

Wixson said he is "really grateful" to be able to serve in the Marines as an openly transgender man.

"When you get to be yourself you're a much more effective member of the team," he said to CNN.