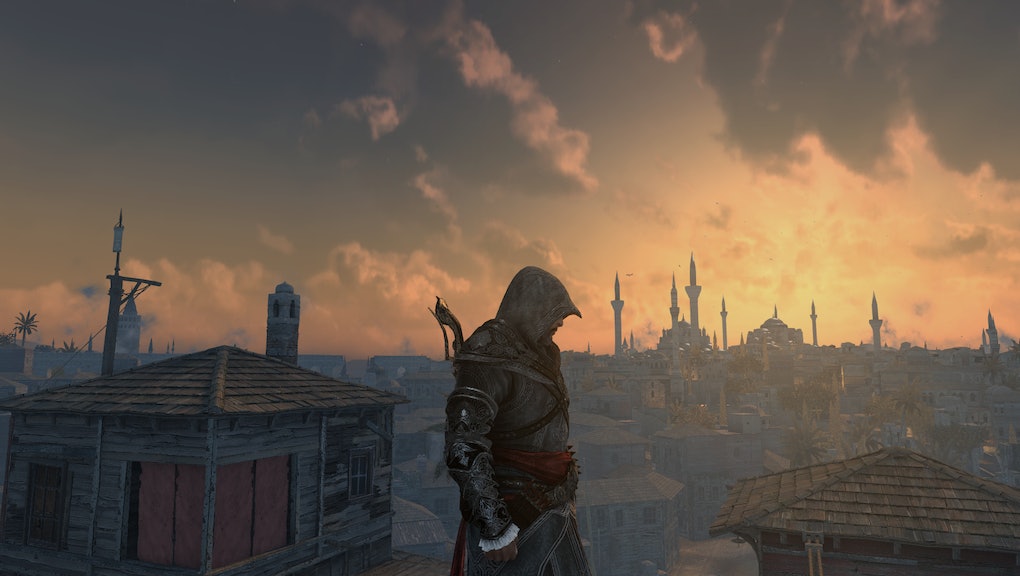 When Assassin's Creed: The Ezio Collection landed earlier this month, fans of the series rejoiced at a chance to play some of their favorite games with high-quality remastered graphics. Unfortunately, that may not be the case — at least according to some earlier comparisons.

Who's right? Who's wrong? Let's take a closer look and find out.

Assassin's Creed fans are taking issue with these comparisons. YouTuber SupJamChan says in a video that the Polygon comparison shouldn't be trusted, period. The character with the puffy lips and bug eyes, for example, does not always appear during this scene in the game. So honing in on this particular image might not be a fair representation of the remaster's quality across the board.

Polygon also updated its story with a note admitting that one of the bugs it called out, where players can climb faster than they ought to be able, has not been replicated by anyone else at the outlet. That bug is old news anyway and not anything created by the Assassin's Creed remaster, as discussed by SupJamChan.

Assassin's Creed: The Ezio Collection Remastered Graphics: What's a fan to do?

If you're thinking about buying Assassin's Creed: The Ezio Collection but you're concerned by these reports, you'll want to do your own research. Read up on various assessments to get a better sense of whether these quality issues are legitimate or simply blown out of proportion.

If you're a Ubisoft fan interested in what else the developer and publisher is up to, there's also plenty to check out. The developer is trying to re-energize The Division with a bold set of game changes, and Watch Dogs 2 turned out to be quite good!

Assassin's Creed: The Ezio Collection was released for PlayStation 4 and Xbox One on Nov. 15.