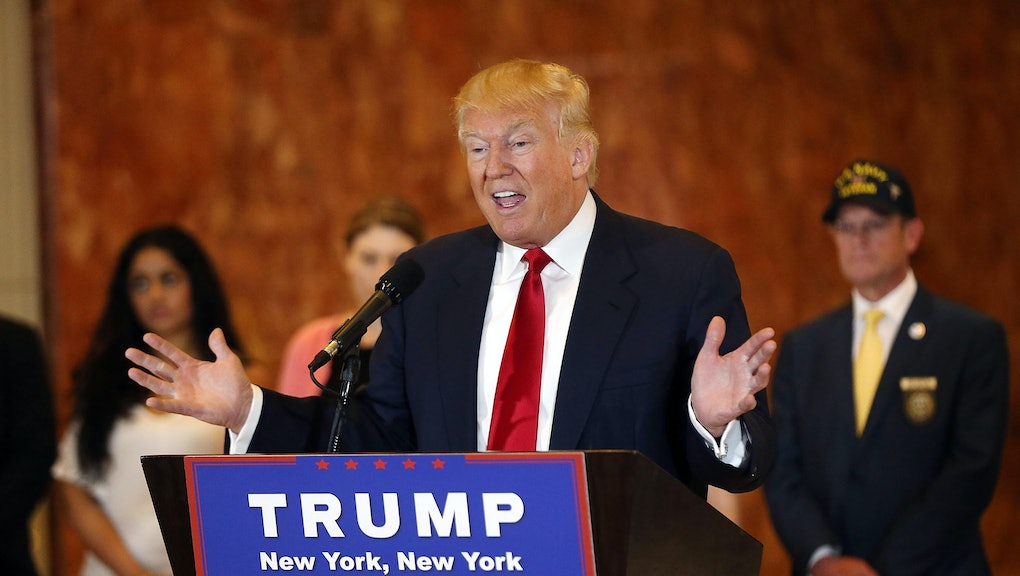 President-elect Donald Trump costs the city of New York $1 million a day in police protection, according to several city officials, CNN reported on Monday — and those costs to his hometown may not drop anytime soon.

As CNN reported, "every president is required to have local law enforcement protection when they return home during their terms," but security for Trump is extra costly because he lives in the heart of the most populous U.S. city.

Trump's children and grandchildren are also receiving official protection, and, with his wife Melania and young son Barron planning on staying in New York at least until the end of the school year, costs will likely remain high.

Trump himself has indicated he might prefer to work from New York City as much as possible, which would be a "substantial undertaking" for city law enforcement, New York City mayor Bill de Blasio said at a press conference Friday.

"The number one imperative here is safety and security. We owe that to the president elect, his family and his team," de Blasio said on Friday, according to CNN. "We have never had a situation where a POTUS (president of the United States) would be here on such a regular basis .... The details of his future plans are unknown, but we certainly know over these next 65 days he will be here regularly. The NYPD is up to the challenge and the city of New York is up to the challenge, I have no doubt about that."

The millions of dollars that Trump will cost the city of New York are — as CNN's Andrew Kaczynski pointed out on Twitter on Monday — more than a little ironic considering Trump regularly critiqued the cost of President Obama's official travel and protection.

American taxpayers more broadly might shoulder the costs: While speaking to reporters on Friday, de Blasio said that New York City will look to the federal government "on reimbursement for the NYPD for some of the costs that we are incurring," including the costs of extra police overtime.