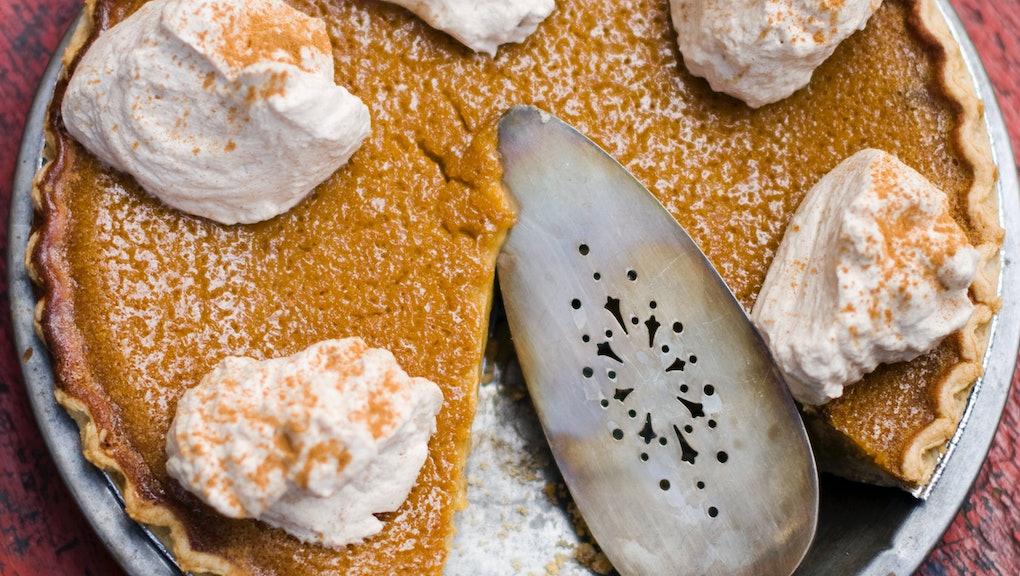 I come from a family where food is the focal point of every conversation. My dad is a world-trained chef who identified himself as foodie far before the term was coined. My mom has an almost supernatural talent in conjuring desserts from the depths of her mind and would often use my brothers and I as guinea pigs for her sweet and savory creations.

Together they built a successful cake company from the ground up and have a following in New England that still earns them handshakes and glances of recognition from salivating nor'easters in grocery stores and restaurants. My dad tells everyone he got the recipe for their signature chocolate truffle cake from a French woman on her deathbed, but I'm pretty sure that's a lie.

I've always thought of myself as the black sheep of the family or, at least, a regular sheep covered in soot. For years, I wasn't only incapable of baking and cooking, I was totally uninterested. I had relied on delivery food for so long that I forgot actually putting something into an oven was a feasible option for sustenance. I didn't know where to start and I didn't care to learn.

I blame my fiancée for pushing me outside of my comfort zone by sending me difficult recipes for elaborate dishes and laughing at me when I asked how to steam a squash. In a few months time, I got good — not great — but I knew how to stir-fry chicken and, much to my fiancée's chagrin, made it a staple dish in our household.

Eventually, I could spice with precision, sear a steak like I was branding a cow, and I even found a way to chop onions without crying. (Okay, that last one is a lie.) Regardless of my newfound talent, there was an aspect of food I had never mastered: baking. I was just bad at it. I remember trying to make a cake one day and the whole thing imploding like a controlled demolition.

I felt like Lenny from Of Mice and Men with a rolling pin in my hand. Every move I made was riddled with doubt that'd keep my precious dough from leading a fruitful life as a pie. Every gut reaction I had was the opposite of what I should have been doing — which I could've used as an indicator on how to bake correctly had I just known to do the opposite of what I was thinking. Much like the way I gave up on cooking before I even tried it, I dusted the flour off my fingers and quit baking. I would leave the desserts to my parents and whoever invented Hoodsie cups.

Then came autumn, the time of the year where men and women all over the world (save for countries that don't have fall) reach down within themselves and pull out the side of their personalities reserved for this short time of year. It's when we're reflective, cuddly, adventurous and suddenly into picking fruit all of a sudden?

I played into this autumnal theme, like I did every year, and dressed like the love child of an L.L. Bean model and a J. Crew mannequin. Along with my distinct style of "plaid-enning," I took an interest in the cutesy activities that accompany sweater weather, cuffing season and "oh, there's a chill in the air!" This, of course, involved baking a pie. So, when I volunteered to take on the task of baking a pumpkin pie from scratch, I knew it was time to conquer my fear and feed my friends.

I like cooking because of the level of testing and experimentation it takes. If a meat sauce tastes too bland, you add more salt. It something's not spicy enough, cover it in cayenne pepper. If it's too spicy, you've put in too much cayenne — do less. With baking, you need to be attentive and follow directions. There's very little room to screw up when you heat sugar to make caramel or aerate eggs for a mousse.

Maybe it was the way my mother researched recipes — recording every minor change with precision — but I soon found that keeping to the formula in front of me was exactly what I needed to do to succeed in baking. And so it was with a pumpkin pie that I graduated into adulthood. I didn't do it entirely by myself — my friends roasted the pumpkin, scooped out the seeds and helped me shape the amorphous dough... but I created it from thin air.

Like most instructions and recipes, I had to re-read each step a few times before the words began to make sense.

Whisk the pumpkin puree, add the sweetened condensed milk, eggs and spices. Each step was a piece of a puzzle that began to fit together slowly. With baking, you can smell when things go well and actually see it in the color of the pie when you're doing something right. It wasn't until I finally took the thing out of the oven and took a bite (without waiting for it to cool down) that I came to the realization that my fear of baking was nothing more than that.

Since then, I certainly haven't gone skydiving — or ridden the subway without immediately washing my hands after — but it instilled the idea in me that I wasn't as complicated as I thought.

I'm not the sooty sheep of the family that I previously thought I was, nor am I Julia Child reincarnated in the body of a skinny-fat 30-year-old man. I am like everyone else who puts their trust in the recipes they find in dusty books and internet pages. My pie filled me with confidence that you can teach an old dog new tricks — even if that dog is a jittery, anxious weirdo with shaky hands and a lazy eye.