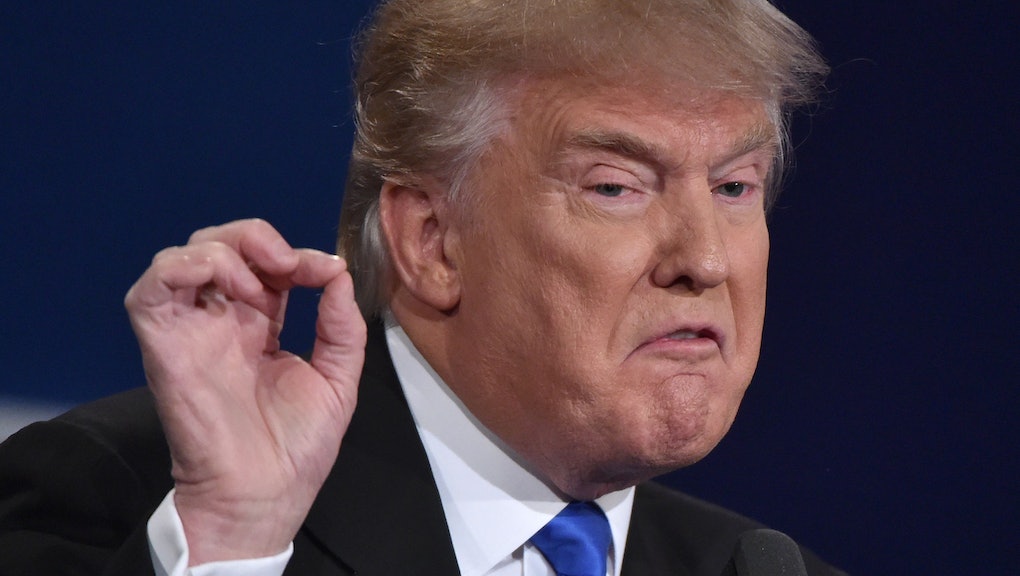 Donald Trump tweeted Tuesday morning to deride the New York Times and announce he was cancelling a meeting with the newspaper — just the latest example of the growing mistrust between the president-elect and the news media.

A few hours later, the Times confirmed the meeting with Trump is back on.

In his tweet announcing the meeting's cancellation, Trump wrote that the "terms and conditions of the meeting were changed at the last minute. Not nice."

Trump didn't go into details on what "terms and conditions" were altered. He did, however, take the opportunity to bash the organization, calling it a "failed" newspaper.

In its own story on the cancelled meeting, the Times reported, "With reporters and editors set to go, the president-elect announced via Twitter around 6 a.m. that he would not be taking questions from editors and reporters with the New York Times, which were to be mostly on the record, unlike his meeting with television news executives on Monday."

What's more, the Times hadn't — as Trump's tweet suggested — changed any terms and conditions of the meeting, according to Eileen M. Murphy, senior vice president for communications. Murphy said in the Times' story:

We were unaware that the meeting was canceled until we saw the president-elect's tweet this morning. We did not change the ground rules at all and made no attempt to. They tried to yesterday — asking for only a private meeting and no on-the-record segment, which we refused to agree to. In the end, we concluded with them that we would go back to the original plan of a small off-the-record session and a larger on-the-record session with reporters and columnists.

Trump's lashing out at the Times is a part of a larger pattern of discord between him and the media. The sudden cancellation comes just one day after another meeting between the president-elect and the press that reportedly didn't go so well. Trump reportedly "took aim" at several news networks, including CNN, ABC, and NBC. He also complained about supposedly unflattering pictures being taken of him during the campaign.

Trump didn't rule out meeting with the Times in the future — but said "in the meantime, they continue to cover me inaccurately and with a nasty tone!"