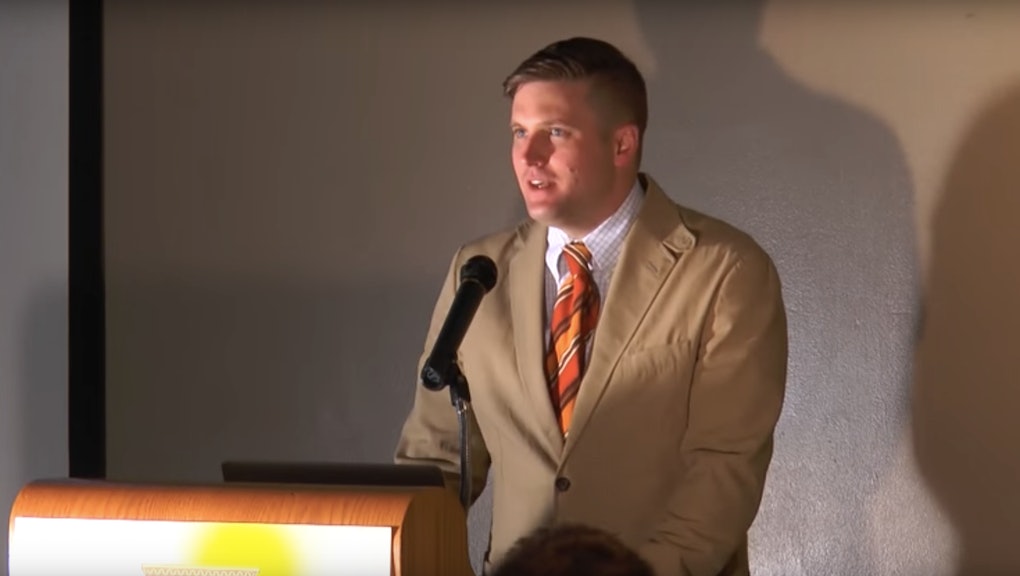 Who is Richard Spencer? Here's what you need to know about the founder of the alt-right.

Richard Spencer, the man who popularized the phrase "alt-right," closed a speech earlier this week in Washington, D.C., with an unmistakably Hitleresque sentiment: "Hail Trump, hail our people, hail victory!"

Spencer has long espoused the rise of white supremacy in America, founding publications that push his aggressively pro-European American agenda and leading an organization that aims to promote white nationalism.

Here are some things to know about Spencer:

The xenophobic rhetoric of Donald Trump's presidential campaign is largely responsible for the rise of the alt-right movement, defined by the Southern Poverty Law Center as having a "core belief is that 'white identity' is under attack by multicultural forces using 'political correctness' and 'social justice' to undermine white people and 'their' civilization."

The term "Alternative Right" had been used within a title of a speech prior to Spencer's rise, with similar themes matching his beliefs found within it. But it was Spencer who popularized the term thereafter.

Spencer founded an online publication in 2010 that he called the Alternative Right. He would later shut down the site, but two of his writers who were on his staff would reopen it. The publication was a platform for "racists and anti-Semites" on the web, according to the Anti-Defamation League.

Spencer embraces the term "alt-right," and told Slate's Michelle Goldberg he was proud when he learned Democratic presidential candidate Hillary Clinton intended to give a speech on the movement. "When a presidential candidate ... talks about your movement directly, I think you can safely say that you've made it."

Richard Spencer is currently the president of the National Policy Institute, which bills itself as "an independent organization dedicated to the heritage, identity and future of people of European descent in the United States, and around the world."

NPI produces podcasts, blog posts, events and books. Titles include, "Race Differences in Intelligence," "The Limits of Democratization," and "Homo Americanus: A Child of the Postmodern Age."

Spencer's social media diatribes have gotten him kicked off Twitter, which has been cracking down on alt-right accounts in recent months.

Spencer responded in a YouTube video: "I am alive physically, but digitally speaking, there has been execution squads across the alt-right."

Spencer believes that whites are superior to all other races. "What really makes European people special and our heritage special is that we reach for the stars and we believe in something higher than ourselves," he once opined.

He's even advocated for ethnic cleansing — with a supposedly "peaceful" twist. "Today, in the public imagination, 'ethnic-cleansing' has been associated with civil war and mass murder," he's said. "But this need not be the case. 1919 is a real example of successful ethnic redistribution — done by fiat, we should remember, but done peacefully."

He has been known to invoke Nazi rhetoric

In the now viral video of his hateful speech earlier this week, he said: "No one mourns the great crimes committed against us," he said, referring to whites. "For us, it is conquer or die." Spencer went on to deride the mainstream media as the "Lügenpresse," a term used in Nazi Germany that translates to "lying press."

Spencer later said his comments were meant to be "ironic" and "cheeky," but his comments and actions have people rightfully worried about the rise of Spencer and the alt-right movement.