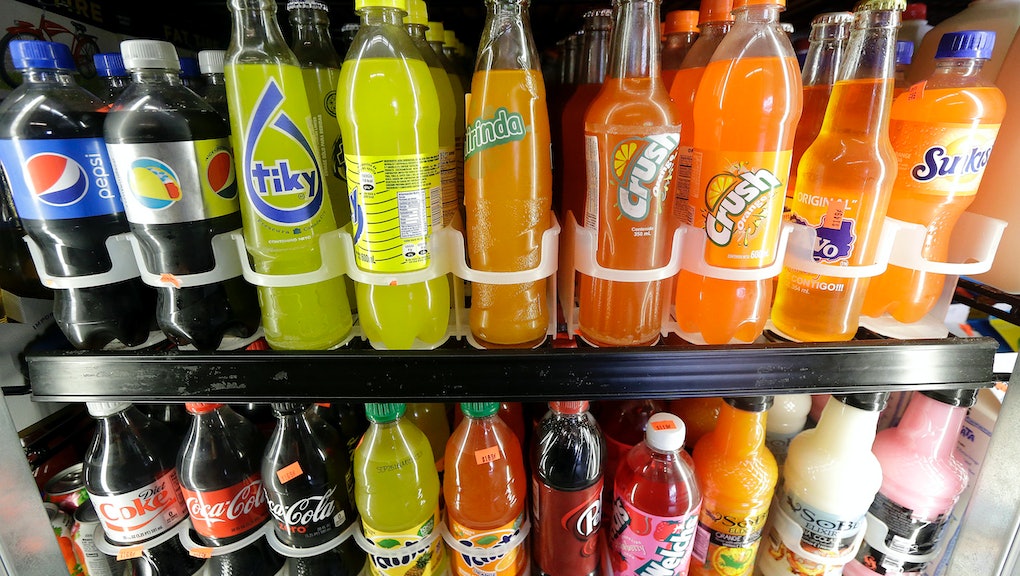 Have public health programs been subtly funding the soda industry? It appears so.

A November report from the United States Department of Agriculture revealed that American households benefitting from Supplemental Nutrition Assistance Program (SNAP) spent more SNAP money on soda than any other item. People on SNAP spent an average of 9.3% of grocery spending on sweetened drinks, and people not on SNAP spent an average of 7.1% on sweetened drinks in 2011, the report noted.

On the heels of the report, a bipartisan commission recommended that Congress remove some sugary beverages from SNAP, the Initiative on Food and Ag Policy reported in January 2016.

"I didn't think [spending on soda] would be that high," Marion Nestle — a professor in the Department of Nutrition, Food Studies, & Public Health at NYU — said in an email, explaining that soda and sweet beverages have become a cultural norm and are often consumed instead of water.

Sugary drinks are a class issue, Nestle noted. "Income and other factors make people vulnerable" when it comes to public health, Mari Gallagher, a food equity researcher, said in a phone interview, explaining that people who are eligible for SNAP often live in places where stores don't always have affordable, healthy drink options.

SNAP dollars are often spent on junk, and food advertisers want to keep it that way.

Why focus on low-income people? The reason is a bit paradoxical: "There's lots of money to be made," Mejia said. "Industry insiders openly acknowledge that 'low-income America is the third-largest nation in the world' in terms of buying power."

SNAP households aren't to blame – it's marketers who prey on their vulnerabilities.

Some state legislators are already moving to ban junk food purchases with SNAP. In Tennessee, lawmakers want to create a list of banned items that don't provide nutritional value, according to Kentucky news station LEX18. Lawmakers later pulled the bill because they realized action would only be feasible if it comes from the federal government, WBIR reported. The USDA would have to grant the state a waiver — something it has never done in the past — like when Arkansas wanted to ban SNAP for junk food.

Both Gallagher and Nestle noted that SNAP households would still be able to separately purchase soda even if the federal government banned soda or junk food purchases through SNAP. But for now, SNAP money could be going to sugary, nutrient-void foods.

The American Beverage Association, the soda lobbying group, is predictably against any SNAP restrictions. "People using SNAP benefits make the same food-buying decisions as we all do; they don't need government telling them which aisles they are allowed to go down and how best to serve their families," an ABA spokesperson told Politico.

Health advocates feel otherwise: "Restricting purchases of soda in federal nutrition programs would send a strong signal that the government just doesn't think soda is good for you — and government needs to be able to speak loudly on this issue," journalist Tom Laskawy wrote in an op-ed for Grist.