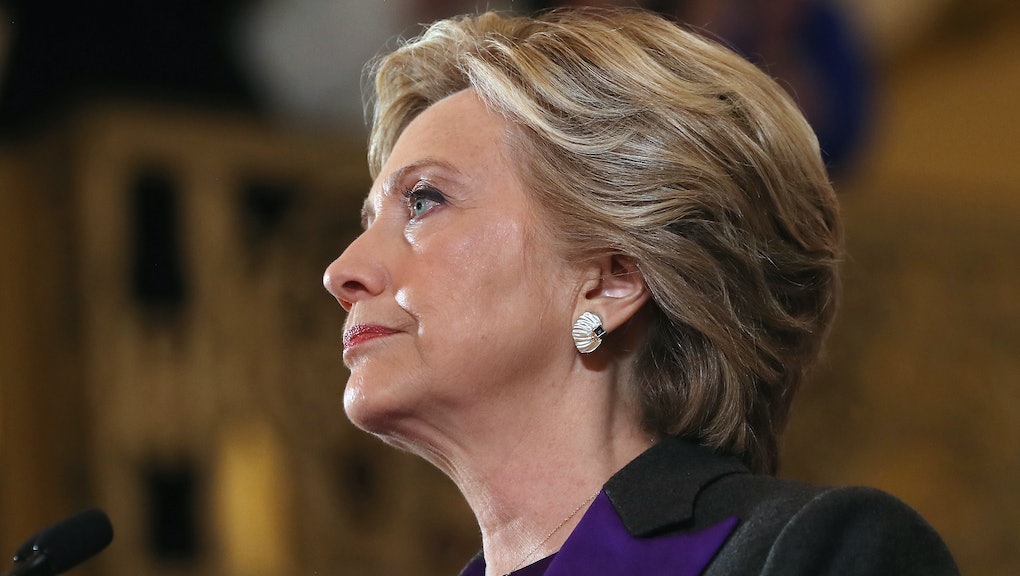 The U.S. presidential election has been over for two weeks, but votes are still being counted — and, despite her loss, former Secretary of State Hillary Clinton holds a widening lead over President-elect Donald Trump in the popular vote.

While Trump won the electoral college with 306 to Clinton's 232, Clinton currently holds a lead of more than 1.7 million votes, up from a 1.5-million vote lead on Sunday, as ABC News reported at the time.

According to a tracker maintained by Cook Political Report, a nonpartisan site that analyzes election results, as of Sunday, Clinton's popular vote total was 63,759,985 to Trump's 62,005,118. And, as the Washington Post reported Monday, California still has 2.8 million ballots left to count — per the Post, that's "more ballots to count than were cast in 34 states and Washington, D.C."

Dave Wasserman, an editor at Cook Political Report who compiles data for the site's election results tracker, proposed in a tweet on Monday that Clinton "looks likely to hit 65M votes," which would put her "roughly on par" with Obama's total share of the popular vote in 2012, when he won the popular vote with 65,446,032 votes to Mitt Romney's 60,589,084.

But even if Clinton's popular vote total doesn't reach Obama's in 2012, her lead is, as Slate reported on Sunday, "much greater" than the lead Al Gore had over George W. Bush when he won the popular vote but lost the election in 2000.