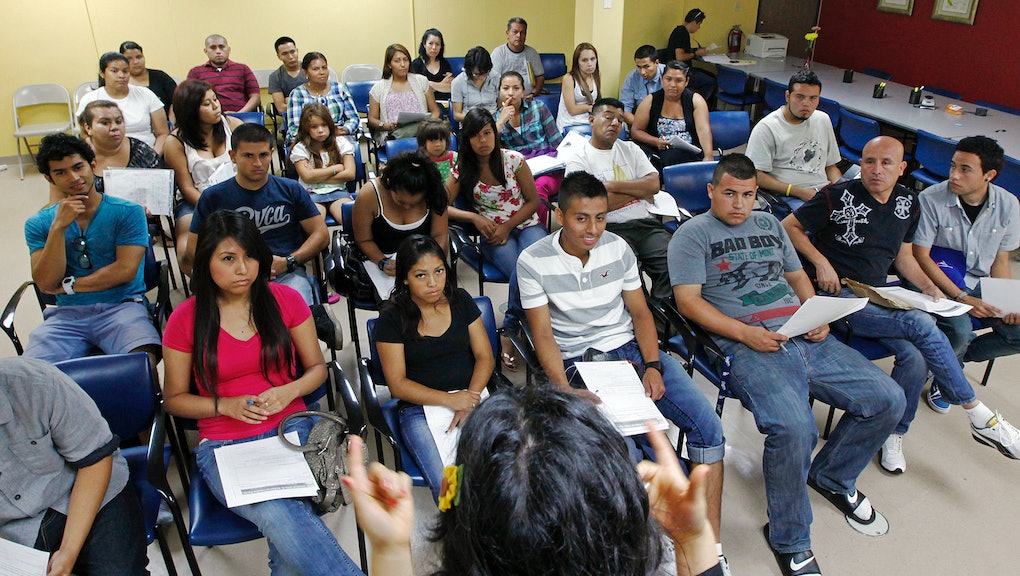 US Visa Program: How Trump's plan could change who can get work visas in the US

As part of his first 100 days blueprint, Donald Trump vowed to investigate "abuses" of work visa programs, a remark that could signal stronger restrictions for skilled laborers who want to enter the U.S.

Those who hold H-1B might be the most affected under Trump's would-be policies. The H-1B visa program allows 65,000 workers and 20,000 graduate students workers to enter the U.S. every year. The tech industry, which has largely benefited from highly skilled labor, would have to fight tooth and nail to protect the visa program, according to Fortune.

For the most part, H-1B visas are granted to professionals who hold a degree from higher-level institutions. Companies such as Google and Microsoft hire highly skilled foreign workers, who are also eligible to secure resident status. However, analysts point out that Trump would limit H-1B visas issued to Indian outsourcing firms.

India is very likely to be affected by Trump's immigration laws. Indian companies such as Infosys and Tata Consultancy Services use H-1B visas to send workers to the U.S. In terms of student enrollment, China and India could experience a setback under said policies, as both countries make up 47% of the overall international student representation in the U.S., according to the Institute of International Education.

It remains to be seen whether Trump would place harsher immigration regulations since he has sent mixed signals regarding H-1B visas. During his presidential campaign, Trump criticized the visa program but he also called it "an important way to retain foreign talent," according to Fortune.