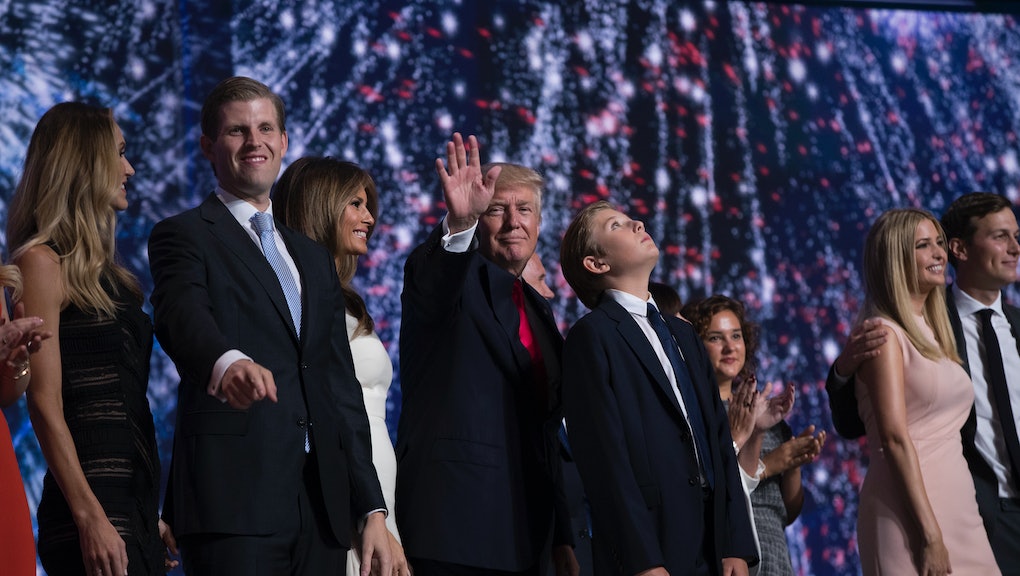 During a Republican primary debate in January, President-elect Donald Trump said if he was elected he would put his business holdings in a blind trust.

But during the debate, hosted by Fox News, the billionaire businessman admitted that he doesn't quite understand what a blind trust is. Here's the exchange he had with debate moderator Maria Bartiromo:

BARTIROMO: Mr. Trump, your net worth is in the multi-billions of dollars and have an ongoing thriving hotel and real estate business. Are you planning on putting your assets in a blind trust should you become president? With such vast wealth, how difficult will it be for you to disentangle yourself from your business and your money and prioritize America's interest first?

Trump wants his three oldest children to run the Trump Organization, which operates businesses around the world. But such an arrangement is not a "blind trust," which is a financial entity that is managed by a third party trustee who does not disclose details of the portfolio.

A real blind trust would entail Trump liquidating his assets, including the Trump Organization, and placing them under the control of an independent trustee who oversees the funds for the duration of his presidency. Trump is making clear he has no interest in doing that.

During a meeting with the New York Times on Tuesday, Trump talked about his conflicts of interests as he prepares to enter the White House, according to Times correspondent Maggie Haberman who attended the meeting.

Trump isn't completely wrong, as one of his top surrogates pointed out.

"Well, first of all, you realize that those laws don't apply to the president, right?" former New York Mayor Rudy Giuliani told CNN. "So, the president doesn't have to have a blind trust. For some reason, when the law was written, the president was exempt."

According to Politifact, he's right.

"The law at issue is Title 18 Section 208 of the U.S. code. It says federal executive branch employees can't participate in government matters in which they or their immediate family has a financial interest," according to the fact-checking website. "But the president and the vice president, despite being executive branch employees, are exempt. According to the law's definitions, Title 18 Section 208 does not apply to them, nor does it apply to members of Congress or federal judges."