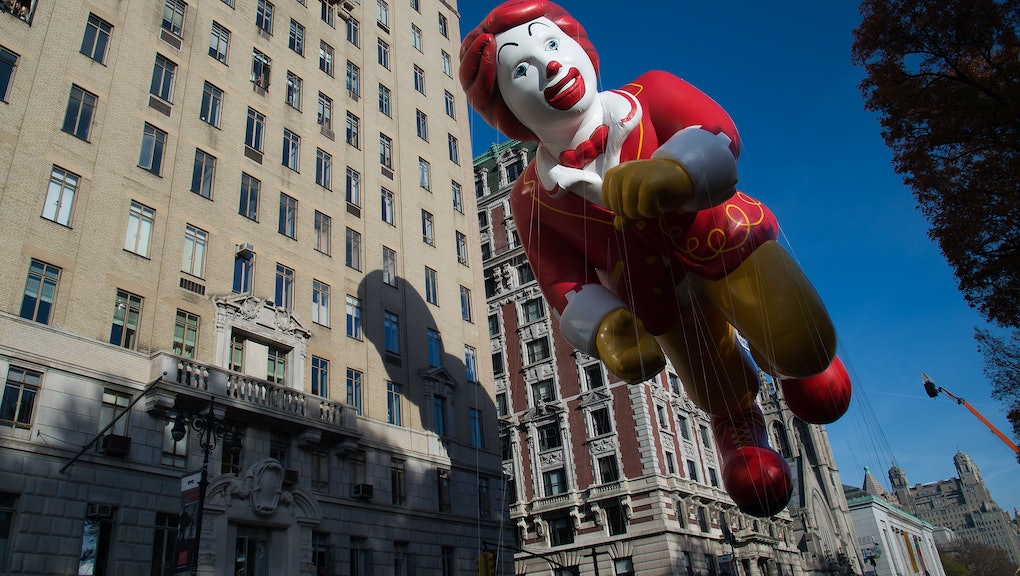 How long is the Macy’s Thanksgiving Day Parade?

What is it to be fundamentally American? Is it the values we share, or our celebration of diversity as a cultural melting pot (sorry, Donald)? Or is it that we just really love giant balloons?

This Thanksgiving, many Americans will once again tune in to check out the Macy's Thanksgiving Day Parade, which features a plethora of enormous balloons in the shape of anything from an Angry Bird to Ice Age's scrappy Scrat. Therefore, if you're one of the many Americans who can't resist the sight of giant floats — whether in-person at the parade in New York or glued to your TV screens — you should probably know how long this thing lasts. What if you have turkey in the oven?

So do we know how long the parade's going to last?

The parade, which will begin airing on NBC at 9 a.m. Eastern, should last for about three hours, according to the Weather Network. In other words, it's not that long, and it gives you plenty of time to avoid awkward conversations with family members about this year's election before it's time to eat.

Instead, the bigger concern may be the weather for those in attendance. Per the Weather Network, there is a 30% chance of showers that could affect the parade's route, so best keep an eye on the radar ahead of the event.

And seriously, don't forget about the turkey in the oven.