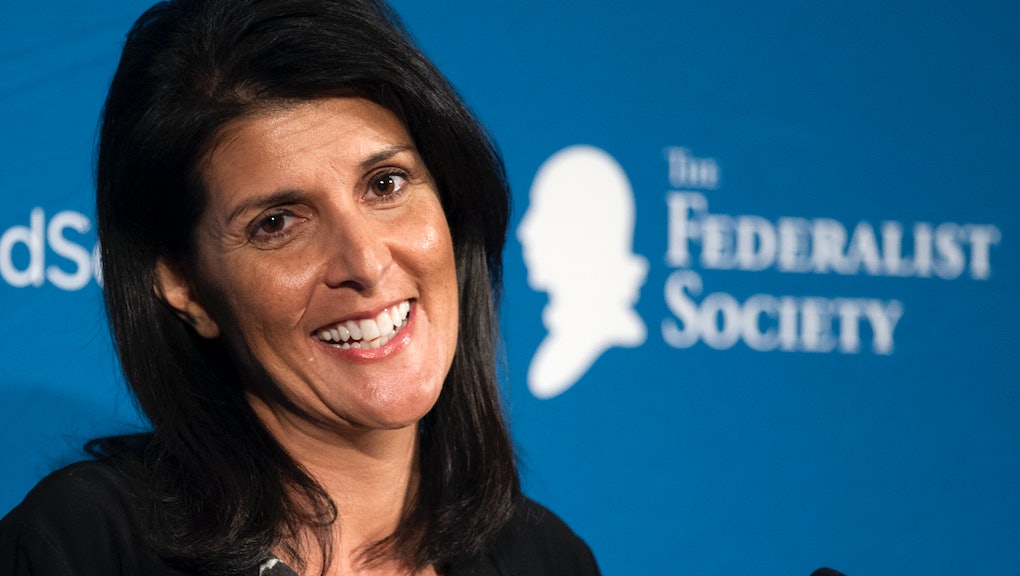 President-elect Donald Trump will nominate South Carolina Gov. Nikki Haley to be his ambassador to the United Nations, marking the first woman to be named to his administration.

"Governor Haley has a proven track record of bringing people together regardless of background or party affiliation to move critical policies forward for the betterment of her state and our country," Trump said in a news release. "She is also a proven dealmaker, and we look to be making plenty of deals.  She will be a great leader representing us on the world stage."

Haley accepted Trump's offer of the nomination, which must be confirmed by the Senate.

"Our country faces enormous challenges here at home and internationally, and I am honored that the President-elect has asked me to join his team and serve the country we love as the next Ambassador to the United Nations," Haley said in a news release.

Haley, 44, is the first person of color to serve as governor of South Carolina.

She is also the second Indian-American ever to be elected governor of a state, after former Gov. Bobby Jindal of Louisiana.

As U.N. ambassador, Haley would be tasked with representing the United States in the U.N. Security Council, as well as attending meetings of the U.N. General Assembly.