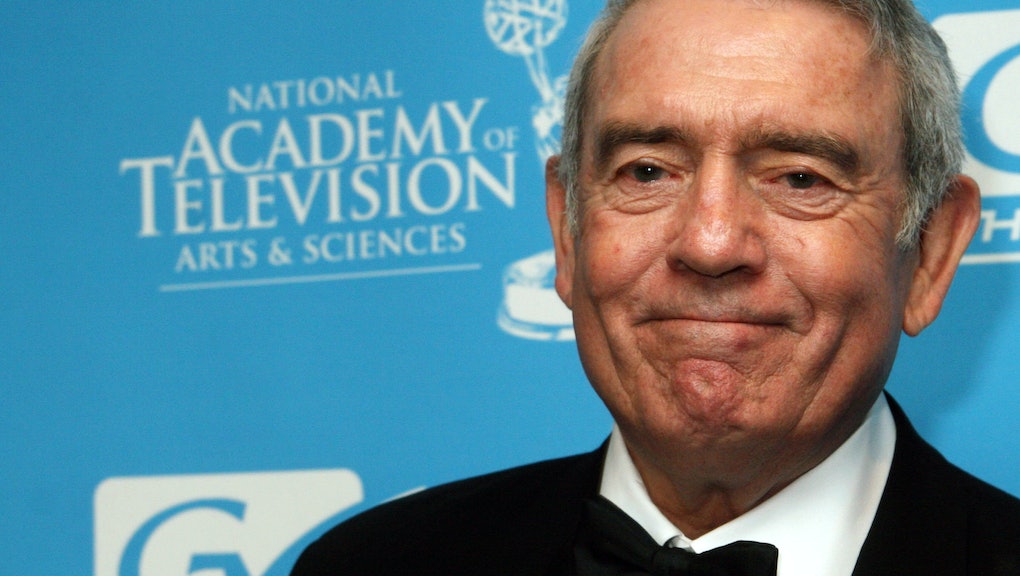 Dan Rather issues a call to action on Facebook: "These are not normal times."

Retired CBS Evening News anchor Dan Rather posted a powerful call to action on his Facebook page on Tuesday urging Americans not to "remain seated or silent" in the face of a "riptide of regression."

"History will demand to know which side were you on," the former reporter, who famously clashed with President Richard Nixon in 1974, wrote. "This is not a question of politics or party or even policy. This is a question about the very fundamentals of our beautiful experiment in a pluralistic democracy ruled by law."

Rather went on to call out President-elect Donald Trump's failure to strongly reject his most racist and extreme supporters, and what Rather believes is the media's failure to hold Trump accountable.

"When I see neo-Nazis raise their hands in terrifying salute, in public, in our nation's capital, I shudder in horror," Rather said, presumably referring to the viral video that shows people doing a "Sieg Heil" salute at a Washington, D.C., conference of white supremacists known as the alt-right. "When I see that action mildly rebuked by a boilerplate statement from the President-elect whom these bigots have praised, the anger in me grows. And when I see some in a pliant press turn that mild statement into what they call a denunciation I cannot hold back any longer."

As Rather pointed out, racist policies, social conservatism and anti-intellectualism are nothing new in the U.S.

"The direction of our ship of state has not always been one of progress," Rather wrote. "We interned Japanese-Americans, Red-baited during the McCarthy era and more. I feel the rip tide of regression once again swelling under my feet. But I intend to remain standing."

The journalist's message wasn't without a hopeful note: "I do not despair because I believe the vast majority of Americans stand with me." Still, he noted, fighting against threats to democracy will take work.

"I believe there is a vast majority who wants to see this nation continue in tolerance and freedom," he said. "But it will require speaking. Engage in your civic government. Flood newsrooms or TV networks with your calls if you feel they are slipping into the normalization of extremism. Donate your time and money to causes that will fight to protect our liberties ... we cannot be afraid to speak and act to ensure the future we want for our children and grandchildren."