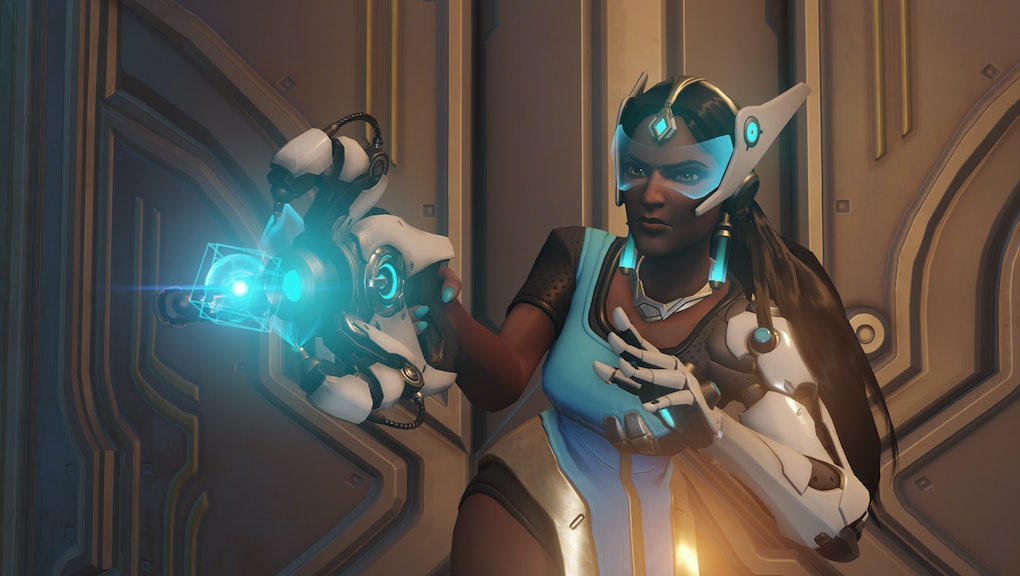 'Overwatch' Symmetra rework: Here's how players are using her after the PTR update

Blizzard released a massive patch on the Overwatch public test realm yesterday that totally revamps the support hero Symmetra, giving her some new abilities that should make her a less situational pick. Check out some of the cool ways players have been using her new abilities so far.

Symmetra's changes are pretty extensive: In short, she's getting a second ultimate, boosted range on her primary weapon and a new shield ability that replaces her current one. Be sure to read up on the full details here. You can also see Symmetra's new abilities in action in the YouTube video embedded below.

In a GIF uploaded to Reddit, the potential use for Symmetra's new Photon Barrier becomes pretty clear. You can see Symmetra use it to block a flashbang grenade from an enemy McCree, allowing her to fry him with her primary weapon without being interrupted.

Another obvious use for Photon Barrier is to treat it like a temporary, mobile Reinhardt, helping a team push through chokepoints. Pretty cool!

Photon Barrier is also great for making it look like aliens are invading.

Just so you don't have a complete heart attack, the barrier actually has a 10-second cooldown — the shorter cooldown you see in the GIF above is the result of a match with custom rules.

And if you like her teleporter, don't worry! You can still use it if you want. Now you just have a second option for an ultimate if the teleporter isn't going to be useful, like on the second point of a defense match. Good luck choosing.

The one complaint about her new ultimate is something that's been a problem for Symmetra since the beginning. If you're playing offense, she can't reposition her ultimates unless they're destroyed or a point is captured. Hopefully, Blizzard will figure out a good solution for that problem.

Overwatch tips, tricks, guides and more: Everything you need to know

If you're looking for more information on Overwatch, check out Mic's latest Overwatch news, like Terry Crews' desire to voice Doomfist, Mic's guide to playing Sombra, what new characters might be on the horizon, which characters players are speculating will be revealed as LGBTQ and information on the months-long alternate reality game that led up to the reveal of Sombra.