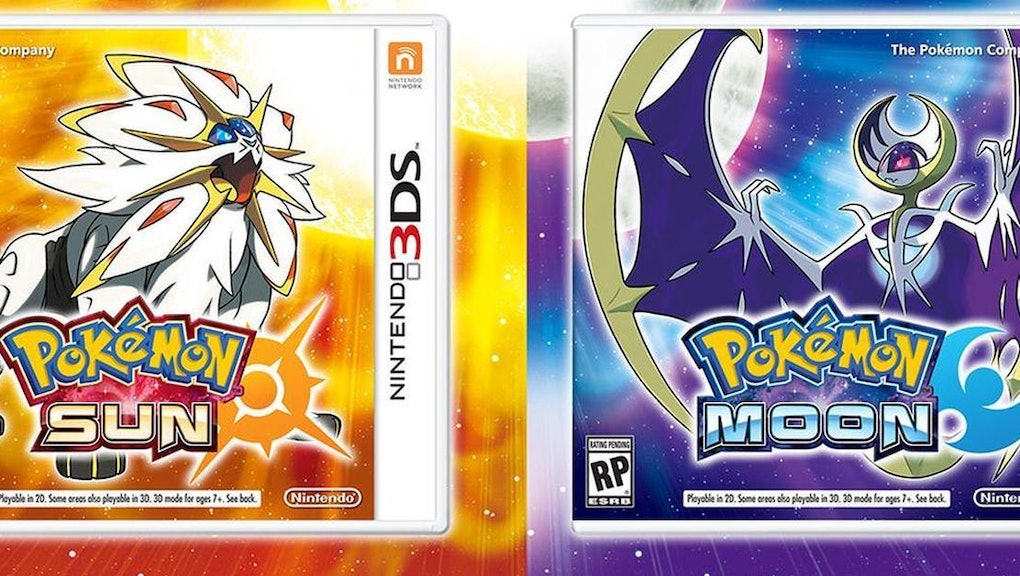 'Pokémon Sun and Moon' Team Builder: The best Pokémon to catch early in the game

Playing around with the Pokémon Sun and Moon team builder tool online is one thing, but actually creating a practical Pokémon lineup is an entirely different challenge. You may want to pack your team with legendary creatures, but if you don't have a few reliable Pokémon to keep you afloat in the early stages of your adventure, you'll never reach the point of catching the legendaries.

To that point, here's a list of Pokémon worth considering — all of which can be caught in the first few hours of Pokémon Sun and Moon — to help build your team.

Pokémon Sun and Moon Team Builder: Get started on Route 1

Right off the bat, there are a few great Pokémon to catch on Route 1. If you're looking to connect with old fan-favorite Pikachu, this is the place to do it. Gamenguide notes that you can catch the electric-type Pokémon or its pre-evolved form, Pichu, early on in Pokémon Sun and Moon. From there, you can work to evolve it into Raichu, which gets a special Alola form in the new game.

Route 1 is also home to Grubbin, a bug-type Pokémon that might be easy to ignore. Inverse argues that you should catch it instead. At level 20, Grubbin will evolve into Charjabug, a bug/electric-type with an impressive Special Attack stat. From there it can also evolve into Vikavolt if you level it up in Vast Poni Canyon.

Pokémon Sun and Moon Team Builder: How to catch Lycanroc

You can catch Lycanroc, a rock-type wolf Pokémon, early on in the game, but only at certain times of day. Either way, you'll want to head to Vast Poni Canyon. If you're playing Pokémon Sun, try searching during the day to find Lycanroc's midday form. If you picked Pokémon Moon, you'll want to go hunting at night for its midnight form instead.

Pokémon Sun and Moon Team Builder: Get yourself a Salandit

You can find Salandit, a fire/poison-type lizard Pokémon, on Route 2. It offers strong stats for speed and special attack. Salandit also boasts a special ability called Corrosion that allows you to poison Pokémon types that are normally immune to being poisoned.

If you want to evolve Salandit into Salazzle, catch a female version and then train it to level 33; the male version won't evolve.

Pokémon Sun and Moon Team Builder: Where to find Rockruff

Rockruff, a rock-type puppy Pokémon, can be found early on in the game. Once you've learned to ride Pokémon, just head to Ten Carat Hill and hop on your Tauros, then smash through some rocks and you should be able to catch one.

Rockruff is a solid fighter despite its small size. It also evolves into Lycanroc, so don't worry if you can't track down the already-evolved version in the wild.

Inverse has a few other suggestions for building your team in Pokémon Sun and Moon early on. You should consider catching a Pikipek. It may seem like a puny little bird, but it can do some decent damage and has plenty of room to evolve. Crabrawler, typically found on Route 2, is also a solid fighter that becomes even better after evolving into ice-type Crabominable.

Finally, don't sleep on Stufful. This adorable teddy bear-inspired Pokémon may look cute, but it evolves into a powerful Bewear at level 27. Stufful is pretty rare early on in the game, but you might just find one on Route 8. If you happen to see a Stufful in the wild, do your best to catch it.

Pokémon Sun and Moon guide, tips and tricks: Everything you need to know

If you're serious about Pokémon Sun and Moon, you'll want to read up so you can be the very best. Check out our guides for picking the right starter, Pokémon Sun and Moon cheats, using a damage calculator, how to catch the new legendary Pokémon, how to get Munchlax, how to customize your character, how to trade, how  to find all the evolution stones, how to use QR codes and picking between Pokémon Sun and Pokémon Moon.