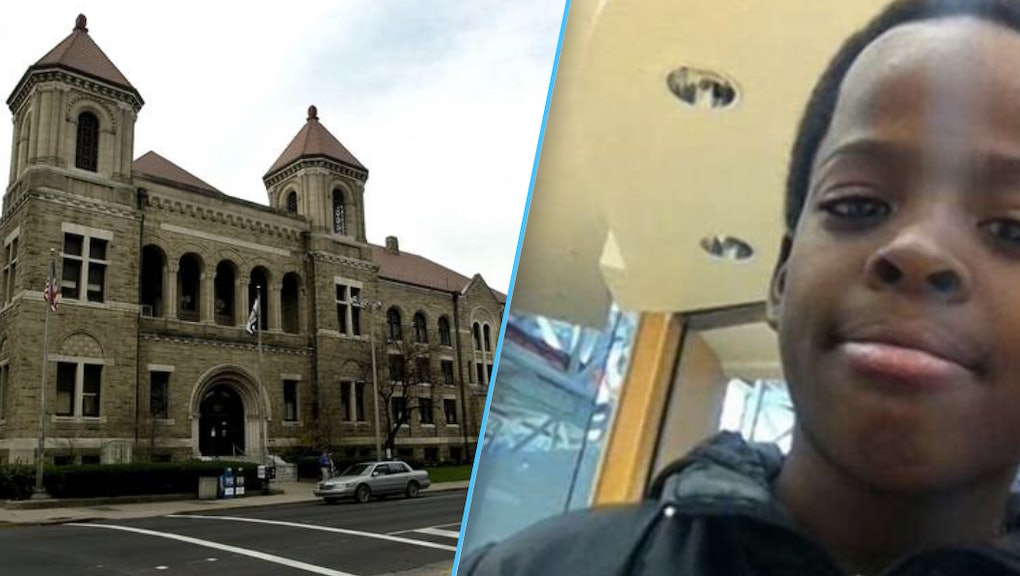 On Monday night, 15-year-old James Means was reportedly shot and killed by a man he "bumped into" outside of a Dollar General store in Charleston, West Virginia. Means, a black teenager, was said to be unarmed.

That same night, police arrested William Pulliam, 62, in connection with the shooting. Pulliam was white and carrying a gun, despite the fact that, as the Charleston Gazette-Mail reported, he was not permitted to own a firearm due to a previous conviction for domestic violence.

Pulliam reportedly "admitted" to fatally shooting Means, telling police, "The way I look at it, that's another piece of trash off the street."

Witnesses reported that Means and Pulliam physically "bumped into" one another outside the store as Pulliam was on his way in on Monday evening. When Pulliam emerged from the store, he walked past Means again. The two "argued" before Pulliam allegedly shot Means twice in the abdomen, as Means' friends looked on.

Means died shortly after being transported to a local hospital while Pulliam reportedly "went to dinner" and then visited "a female friend's home," according to the Gazette-Mail. He was taken into police custody later that night.

Pulliam, whose criminal history includes physical abuse of his wife and daughter, has a history of harassing teens in the area with racial epithets, according to Means' friend Teonno White, 14.

White said that Pulliam would "pick on" his little brother and, when confronted, called White a "nappy Latino."

"He's just a real bad guy," White told the Gazette-Mail. White said he had called police about Pulliam in the past and was told simply to avoid him.

Pulliam was arraigned on Tuesday morning. Steve Ruby, an Assistant United States Attorney in West Virginia, told the Gazette-Mail that authorities were investigating Means' murder as a hate crime.

"That review is in its early stages, and the fact that a review is being conducted should not be taken as any indication of what the review's outcome will be," Ruby said.

According to the New York Daily News, Means' family described him as the kind of young person who could "light up a room, even on the darkest of days."