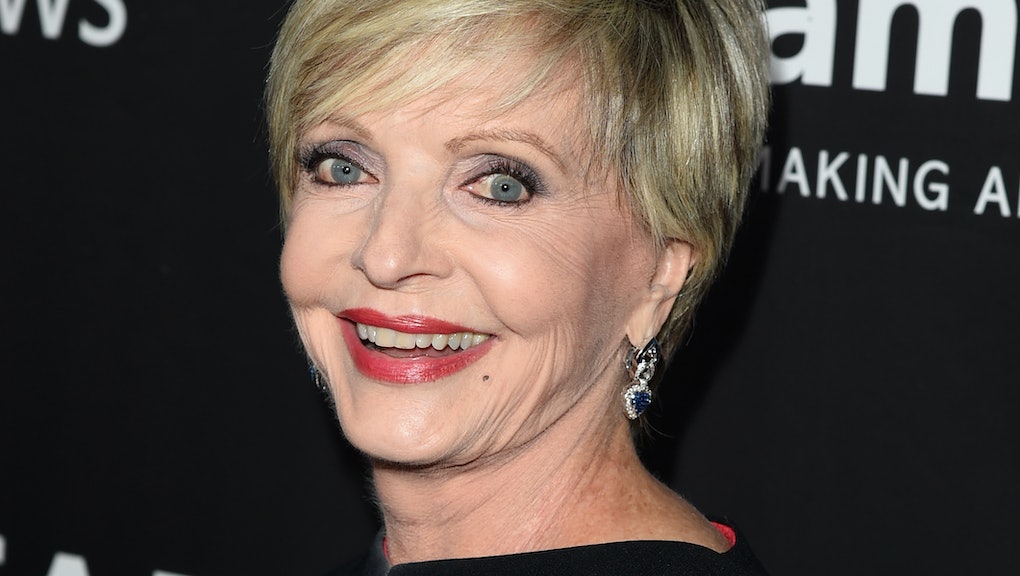 Florence Henderson, who starred as the mom on "The Brady Bunch," dead at 82

Florence Henderson, who is most well-known as Carol Brady on the 1970s sitcom, The Brady Bunch, died Thursday evening, her publicist told the Associated Press. She was 82.

The Brady Bunch premiered in 1969, with Henderson portraying the matriarch of a blended family. The "lovely lady" was mother to three daughters, Marcia, Jan and Cindy, and she wed Mike Brady, who also had three children, Greg, Peter and Bobby. The show later had several spinoff series including The Brady Bunch Hour, The Brady Brides and The Bradys.

"It represents what people always wanted: a loving family. It's such a gentle, innocent, sweet show, and I guess it proved there's always an audience for that," Henderson said in 1999, according to AP.

Several of Henderson's co-stars flocked to social media to send their condolences and to remember one of America's favorite TV moms.

Barry Williams, who played Greg on the hit sitcom:

Niecy Nash, who competed on Dancing With the Stars with Henderson:

Henderson was born on Feb. 14, 1934, in Dale, Indiana. When she was 19, she landed a small role in the play, Wish You Were Here. She became the lead in a road tour of Richard Rodgers and Oscar Hammerstein's Oklahoma! She continued in the role in the show's Broadway revival in 1954. She also had roles in productions of The Sound of Music, South Pacific, The King and I and The Girl Who Came to Supper.

After The Brady Bunch, she had several appearances on other TV shows including Hart to Hart, Fantasy Island, The Love Boat, Roseanne and Ally McBeal.

In 2010, she competed on dance competition series Dancing With the Stars, and was the fifth contestant to be eliminated. Henderson's last public appearance was on Monday, as she was cheering on McCormick, her TV daughter, who competed this season.