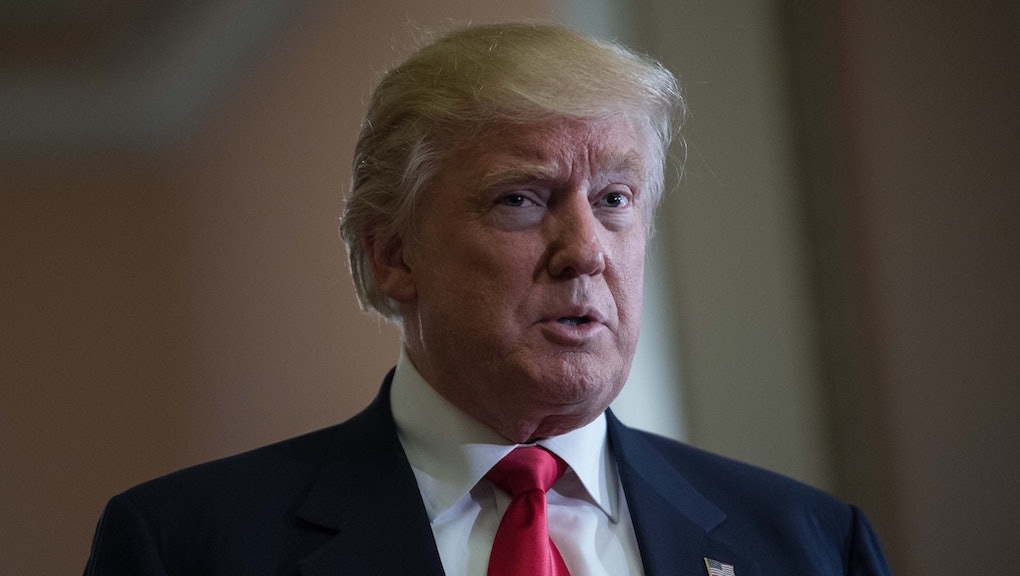 After former presidential candidate Hillary Clinton's camp announced on Saturday that it would cooperate with already-underway election recount efforts, President-elect Donald Trump took to Twitter to slam the move, calling it "sad" and a "scam."

"So much time and money will be spent - same result!" he wrote on Sunday,

In a written statement, Trump doubled down on his opinion that the initiative Green Party candidate Jill Stein spearheaded was "ridiculous."

"This recount is just a way for Jill Stein, who received less than one percent of the vote overall and wasn't even on the ballot in many states, to fill her coffers with money, most of which she will never even spend on this ridiculous recount," he wrote, according to CNN.

As of Friday, Stein had raised more than $5 million to support recount efforts in Wisconsin, Michigan and Pennsylvania, key battleground states in which Stein and "Election integrity experts" identified "statistical anomalies" in the election results, according to the initiative's fundraising page.

During an appearance on CNN's Newsroom, Stein herself rebuffed Trump's suggestion that the money might be used to line her own pockets.

"For his information, this is all going into a dedicated and segregated account so that it can only be spent on the recount," she told CNN's Pamela Brown. "He may be creating his own facts here as he's been known to do some times in the past. He himself said it was [a] rigged election unless he won it."

Much has been said about comments that were made by both Trump and Clinton on the campaign trail, after Trump famously said of whether or not he would accept the election results as legitimate, "I will look at it at the time."

Trump made the comment during the final presidential debate of the election, and was swiftly admonished by Clinton.

"He is denigrating — he is talking down our democracy and I, for one, am appalled that somebody who is the nominee of one of our two major parties would take that kind of position," she said at the time.

But her tune changed, Trump said on Sunday, when the two discovered that the roles had been reversed.

Later in the afternoon, he took his comments a step farther, alleging that he would have won the popular vote (which Clinton secured by more than two million votes) if not for those who "voted illegally."