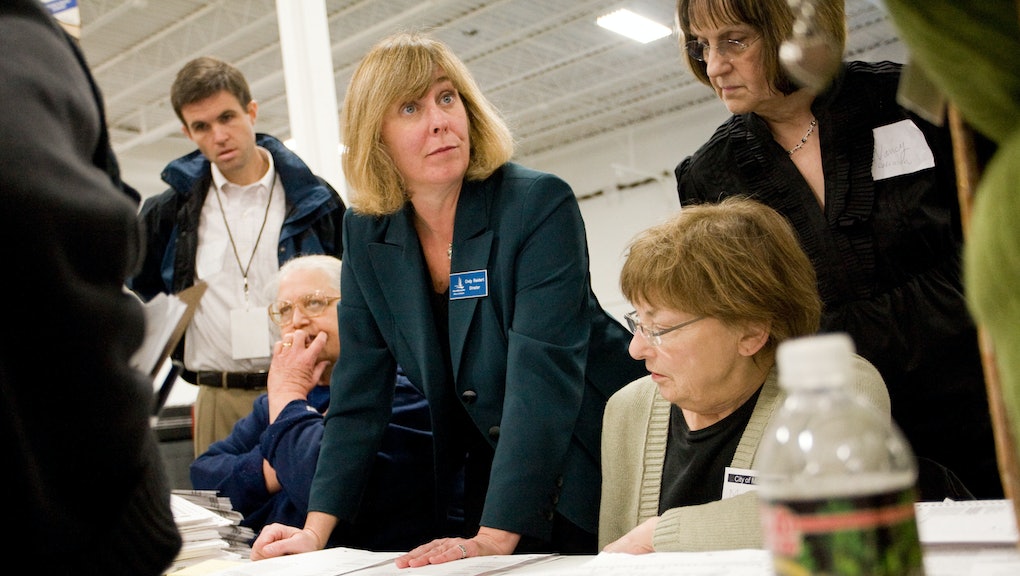 How does a US election recount work? The deadlines, history and rules for recounts.

A presidential election recount is set to formally begin this week in the state of Wisconsin, and plans to enact more recounts in the states of Michigan and Pennsylvania are in motion. But what exactly is a recount? And when does it happen? Here are some facts about recounts, and what they mean to Donald Trump, Hillary Clinton and the person who started this whole mess in the first place — Green Party candidate Jill Stein.

Recounts are for when it's "too close to call"

Recounts happen when an election's results are very close and are usually initiated by the candidate who lost by a slim margin. The most recent (and most famous) presidential recount occurred in 2000 when Democratic candidate Al Gore lost to George W. Bush by just a few hundred votes in Florida. The U.S. Supreme Court intervened and, in a controversial 5-4 decision, determined that the timeline for a recount in Florida had expired, effectively allowing Bush to win the presidency even though more votes could have been counted.

Who can ask for a recount?

Presidential recounts must be initiated on a state-by-state basis. There is no federal mandate that a recount must happen, nor does a mechanism exist to initiate one at the national level. So if a presidential campaign wants a recount, they must specifically ask state governments to do one.

As for when a recount can be asked for, and who can do the asking: It's different in every state. Some states allow for citizens themselves to request recounts; others require candidates directly involved in the races to make the request.

Stein submitted a recount request in Wisconsin on Friday afternoon and she officially filed in Pennsylvania today. The deadline for a formal request in Michigan is Wednesday.

Who pays for a recount?

In Wisconsin, a race between a winning and losing candidate must have a difference of votes no greater than 0.25% of the overall vote count. Any candidate can still initiate a recount beyond this threshold, but the state requires payment upfront before allowing it to move forward.

Michigan ups the ante. They require $25 for each precinct that a candidate requests a recount for. The state will refund the costs if an election is overturned, but will penalize the campaign requesting the recount an additional $125 for every precinct where the margin of victory is greater than 50 votes for the candidate that precinct had previously declared for. In this case, those costs would fall to Stein.

Who requested this recount?

Stein made the announcement last week that she'd request recounts in three states after noticing evidence of discrepancies between the number of ballots cast and the number of actual votes counted. Wisconsin received her request on Friday, Nov. 25, just hours before the deadline to file.

In Wisconsin's case, several counties reported more votes than ballots received, a mathematical impossibility. These counties adjusted their numbers, which dropped Trump's lead by 5,000 — from roughly 27,000 votes over Clinton to just 22,000.

How long will it take?

Recounts can take weeks, especially since ballots are, in most cases, counted by hand. The 2000 recount in Florida lasted well into December, and there's reason to believe these recounts could take at least that long.

That could create some legal headaches. The Electoral College will soon determine who is to become the next president. If a recount is still going on, it's unclear whether electors will have to delay their votes or move forward in spite of the recounts going on. The absolute deadline is Dec. 13, six days before the Electoral College votes must be certified nationally — but again, the courts could affect those dates.