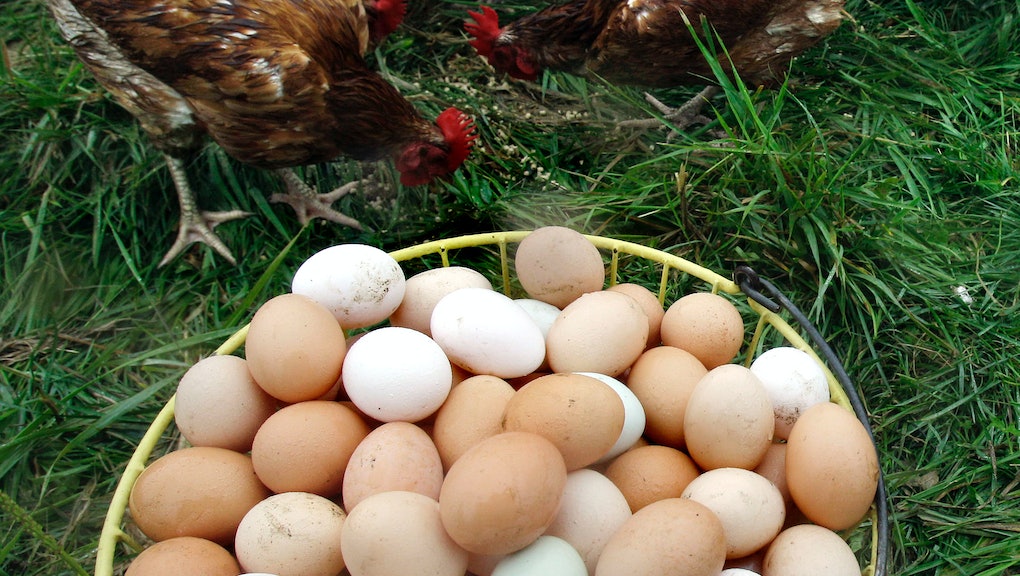 The surprising difference between white eggs and brown eggs

Pop quiz: Do you know the difference between white eggs and brown eggs?

If you're not vegan, odds are good you eat a fair amount of eggs, and it's time to get educated on this very eggscellent topic. Americans eat roughly 250 shell eggs (aka not liquid eggs) per year, according to the American Egg Board.

People on Twitter have some pretty interesting theories on white and brown eggs. Some are convinced white eggs are bleached.

Others aren't sure why brown eggs always cost more than white eggs.

So what's the difference between brown eggs and white eggs?

The difference in color is based on the differences in breed of the hens, Sarah Wilbourn, director of animal welfare at United Egg Producers, said in an email. Yes, it really is as simple as that. White eggs come from hens with white feathers and ear lobes, and brown eggs come from hens with red feathers and ear lobes, the American Egg Board noted. (Who knew ear lobes could indicate the color of a feathered lady's unfertilized eggs?!)

It depends on the hens' diets, Consumer Reports stated. Eggs from hens fed vegetarian diets had more vitamins and omega-3s than eggs from hens eating conventional diets. There is no significant difference in nutritional value between brown and white eggs, Tro Bui, visiting fellow in animal science at Cornell University, told the New York Times. Brown eggs may have slightly more omega-3s, but the difference is trivial, he said.

Why are brown eggs more expensive?

White eggs tend to be cheaper than brown eggs because the breed of hen that lays white eggs is smaller and requires less feed, Cooking Light noted. If you choose brown, you could be paying up to 25% more for the same food!

Are white eggs or brown eggs better for the environment?