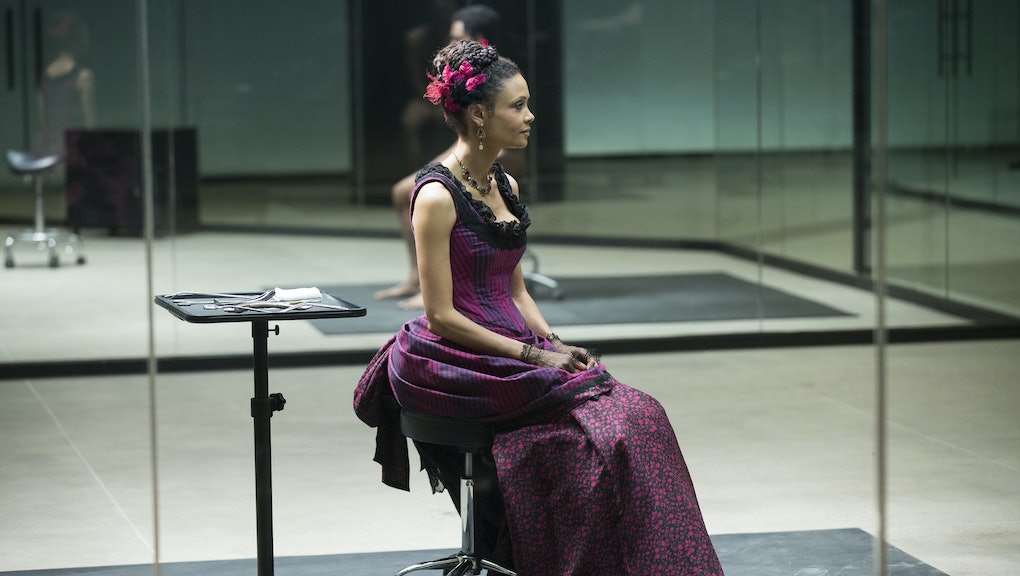 What will happen in the 'Westworld' season finale? Episode 10 promo video released

Intriguing fan theories have been circulating Westworld for several weeks and episodes. As the series nears its season one finale, important answers are being exposed. We now know the true nature of Bernard, and that he was made in the likeness of Westworld's co-creator, Arnold. These are big revelations, yes, but there's still plenty to unpack in Westworld's final episode.

The good news: HBO is gifting us with a 90-minute episode, and unlike The Walking Dead, it probably won't feature that much stagnant filler within it. Aside from the length of the episode, however, we've been given little to work with. In fact, HBO hasn't even provided a synopsis for the finale, perhaps for the fear of giving anything away.

Here's what we do know about the finale, which we're allowed to tell you until Ford freezes all of our motor functions.

The finale's title is probably the biggest clue. Episode 10 is called "The Bicameral Mind," which as Thrillist reported, refers to a theory of human consciousness from the 1970s by psychologist Julian Jaynes. The theory, which has been strongly refuted, posits that human beings have only been able to think about their own awareness for the past 3,000 years. Before that, the voice we hear in our heads — generally speaking, how we process our thoughts — would've been presumed as some type of deity.

How does this relate to Westworld? Aside from the thought-provoking discussions of consciousness with the robotic Hosts, it's a theory that ties into Arnold's understanding of the Hosts. As Ford explains, the enigmatic co-creator of the park used the Bicameral Mind theory as a blueprint for creating the Hosts, with the ultimate goal of the Hosts achieving some type of sentience. Ford's perception of the Hosts were starkly different, however: He saw them merely as instruments that can be catered to the whims of the park's well-paying guests.

When Ford explains the several stages of Arnold's plan to Bernard — creepy in retrospect, given that Bernard is in fact a Host version of Arnold — he leaves the ultimate goal of Arnold's tests with the Hosts as a blank space, noting that Arnold never found what he was looking for because he died in the park. As the penultimate episode of season one reveals, that was at the hands of Dolores, Westworld's first Host.

But the Bicemeral Mind theory seems to relate to the Hosts' increased self-awareness in the show, which would ostensibly link it to the center of the maze: The mysterious endgame of the park that may be specifically intended for the Hosts, rather than guests. The maze, whatever it may be, should hold the answer for some of season one's lingering questions.

Whatever happens in the finale, it's promising to hear Westworld's cast rave about its conclusion. Take Jimmi Simpson, who plays William, explaining his thoughts about the finale to TVLine. "I think we all had different ideas, and then when [the finale] came — I think I could speak for most of the cast — the general feeling was like, 'Holy fucking shit,'" he said.

God, is it Sunday night yet?