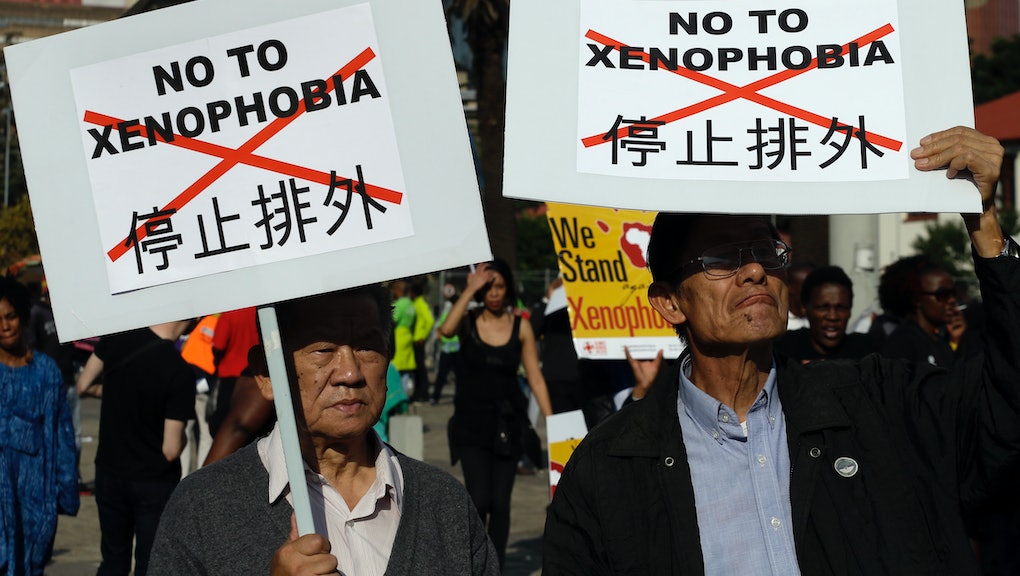 Dictionary.com's Word of the Year is xenophobia, marking a global trend

And 2016's word of the year is: xenophobia. At least according to Dictionary.com, which chose the word based on global user interest and the accuracy with which it described the "cultural consciousness" these past 12 months.

Jane Solomon, a Dictionary.com lexicographer, told the Associated Press that interest in the word "xenophobia" — "a fear or hatred of foreigners, people from different cultures or strangers" and/or "fear or dislike of the customs, dress, etc., of people who are culturally different from oneself," per the site — spiked in the days surrounding the United Kingdom's Brexit vote, charting a 938% increase in search traffic between June 22 and June 24, after the country left the European Union. According to Dictionary.com, the number of searches for "hate crime" also climbed after Brexit and remained high through July.

But "xenophobia" gained traction in April 2015 and sustained its popularity, according to the site. The jump corresponded to waves of violence perpetrated by South Africans against migrants from other African countries.

"It has been significant throughout the year," Solomon told the AP. "But after the EU referendum, hundreds and hundreds of users were looking up the term every hour."

Dictionary.com can't provide data on what, specifically, drove the trend — whether users didn't know what "xenophobia" meant, whether they wanted to confirm its definition or check spelling. But because it defines much of what's driving the current global climate, the trend seems pretty self-explanatory. It might also help explain why Oxford Dictionaries' word of the year was "post-truth" — "relating to or denoting circumstances in which objective facts are less influential in shaping public opinion than appeals to emotion and personal belief."

In an complementary video for Dictionary.com, Robert Reich, a professor of public policy at the University of California, Berkeley and former U.S. secretary of labor, cited the rise in fear of the "other" worldwide. The United States' efforts at becoming a melting pot have historically engendered "hostility," he said, "but we have at least striven toward tolerance and equal opportunity." What we've achieved could be undone, Reich explained:

But in recent years, as wages stagnated and economic forces began to make many Americans afraid, some politicians used that fear. They channeled it into xenophobia, fear of the "other": fear of African-Americans, fear of Mexicans, fear of Muslims. Such scapegoating is not new in the history of the world, but it is dangerous. It divides us. It invites harassment and bullying. Or worse, it turns us from tolerance and empathy to disrespect and hate.

"Dictionary.com is right to make 'xenophobia' the Word of the Year, but it is also one of the biggest threats we face," Reich continued. "It is not a word to be celebrated; it's a sentiment to be fought."