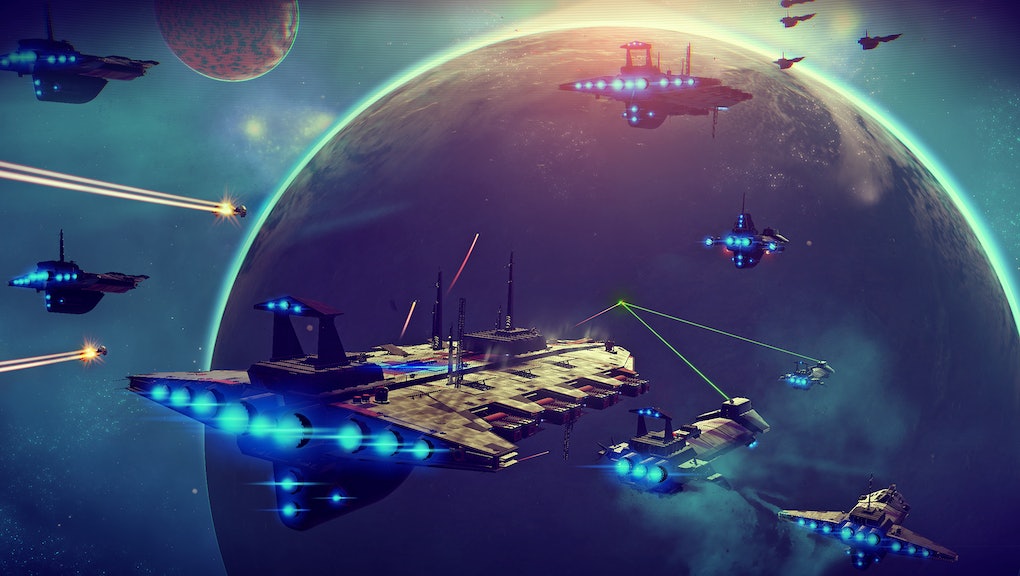 Did you walk away frustrated by No Man's Sky, after the game failed to deliver on all the promises prior to release? A huge free update may finally make the open-space adventure worth playing.

Hello Games has delivered version 1.1, or the Foundation Update, to No Man's Sky. It includes a ton of new content, including base building, farming, creating your own save points, new ships and new resources.

No Man's Sky Foundation Update: We desperately needed this update

No Man's Sky was originally described as an epic adventure that players could enjoy across a huge galaxy filled with procedurally-generated planets for infinite variety and exploration. When the game was released, however, the repetition of animals, plants and types of resources was obvious. Even worse, there wasn't a whole heck of a lot to do.

The Foundation Update may or may not be enough content to bring dispirited players back, but anyone who's stuck with No Man's Sky will probably be very pleased with this list of changes.

No Man's Sky Foundation Update: You can finally make your own home

When No Man's Sky was released there were plenty of places to save your game, but they were all pre-determined by the game. The Foundation Update adds the ability to make camp while out in the extraterrestrial wilderness. You can also make a proper home for yourself.

Bases in No Man's Sky have to be built over uninhabited bases that you find on the surface of planets. You can then build and decorate your base, hire employees to help research new technology and build storage for all the raw materials you collect.

Freighters are huge spaceships that offer similar benefits as bases, only now your home is mobile. You can teleport resources directly to your freighter from the surface of a planet, customize the interior of the ship and hire a crew to research new tech. Both outposts and freighters offer the ability to construct farms that generate resources over time.

Finally, you can make camp to create a save point almost anywhere on the surface of a planet. Making a camp allows you to also utilize automated harvesters that will gather resources, as well as a terminal where you can write messages to other players.

The other, big category of improvements delivered by the Foundation Update concerns the user interface. Now, when you're scanning for elements on the surface of a planet rather than getting a general indicator for Isotope, Oxide or Silicate, the UI will indicate precisely what kind of element you've discovered. For instance, you would see a "C" icon for Carbon, instead of the more general "Isotope" icon.

Warning displays have been added to spaceships to indicate when pirates are inbound or when the Pulse Drive that allows you to travel quickly within star systems is not available. In other words, the game will warn you when you're going to have no choice but to face the pirates.

The Foundation Update also lets you check your objective with a single button push. Use the new Quick Access menu to switch quickly between inventory items without having to open any inventory screens, and more easily see how your shield and life support resources are decreasing, which is a problem when exploring hostile environments.

Update 1.1 for No Man's Sky also includes some graphics fixes and updates, such as adding motion blur while inside your starship and increased anti-aliasing. It even makes it easier for less powerful PCs to run the game.

You can see the full patch notes here on the official No Man's Sky site. Rebalanced resource availability, improved calculation of resources gathered while mining, increased variety of non-player character models and fixed weapon naming are some of the other major changes that jumped out at us from the list.