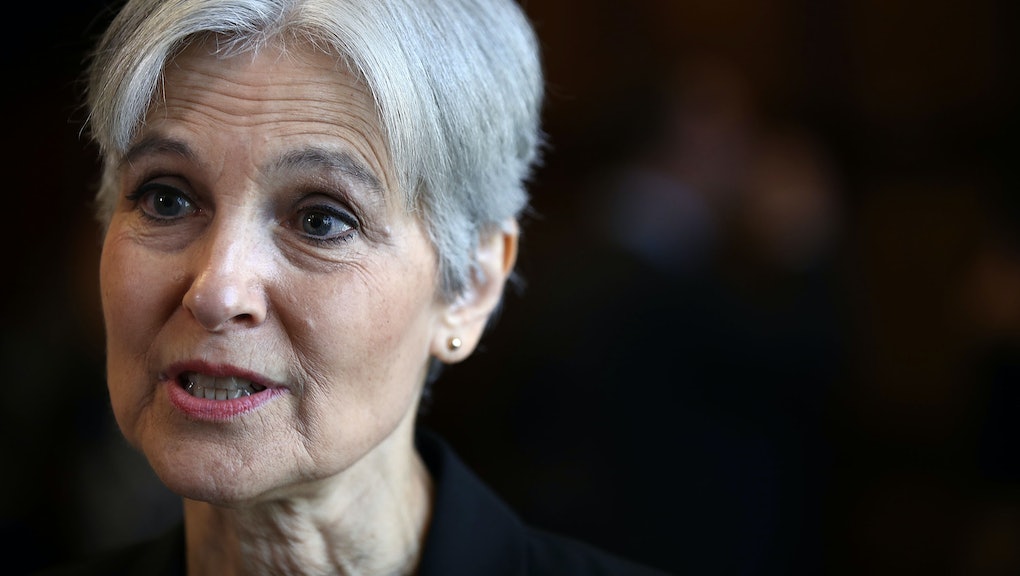 Jill Stein meets deadline to file for recount in Pennsylvania

Green party candidate Jill Stein is pushing forward with her petitions for a recount in Wisconsin, Pennsylvania and Michigan — three battleground states which helped decide the outcome of the 2016 presidential election.

On Monday, Stein successfully filed for a recount in Pennsylvania within hours of the state's deadline.

In a video posted to her campaign website, Stein explains this particular recount will require election officials to "jump through some hoops" to come to a decisive conclusion about which presidential candidate claimed Pennsylvania's electors.

Indeed Pennsylvania presents a tricky case: According to CBS News, Pennsylvania is the only state in which a recount can only be requested via a legal appeal to be decided in court. What's more, Stein reminds viewers she can't be the sole person to pull the trigger on a recount — the process, she says, must be initiated by thousands of voters.

News of a potential Pennsylvania recount follows word on Friday that the Wisconsin Election Commission had received Stein's recount petition for the state.

Michael Haas, an administrator at the Wisconsin Election Commission, wrote in a statement that the commission was assessing the costs of the recount and would be moving forward with the process once Stein footed the bill.

Of course, coming up with the funds should be no problem for Stein, who has already raised over $6.3 million to fund the initiative.

But while some might be feeling hopeful that Stein's efforts will change the results of one of American history's most contentious elections, it's unlikely the recounts will add up to a Hillary Clinton presidency.

President-elect Donald Trump boasts strong leads in both Wisconsin and Pennsylvania — with 22,525 and 68,030 more votes than Clinton, respectively — which would be hard to make up for in a recount.

Clinton would need to turn all three states blue in order to turn the tide of the 2016 presidential election, giving her 278 electoral votes to Trump's would-be 260.

Still, Stein emphasized the importance of pushing for the recounts, if only for principle.

"This is part of what our democracy looks like right now — why it's on life support, why we need to create a democracy that not only counts our votes reliably and securely but also which welcomes us as the voters ... " she says in the video. "This is something that benefits us all across the political spectrum."