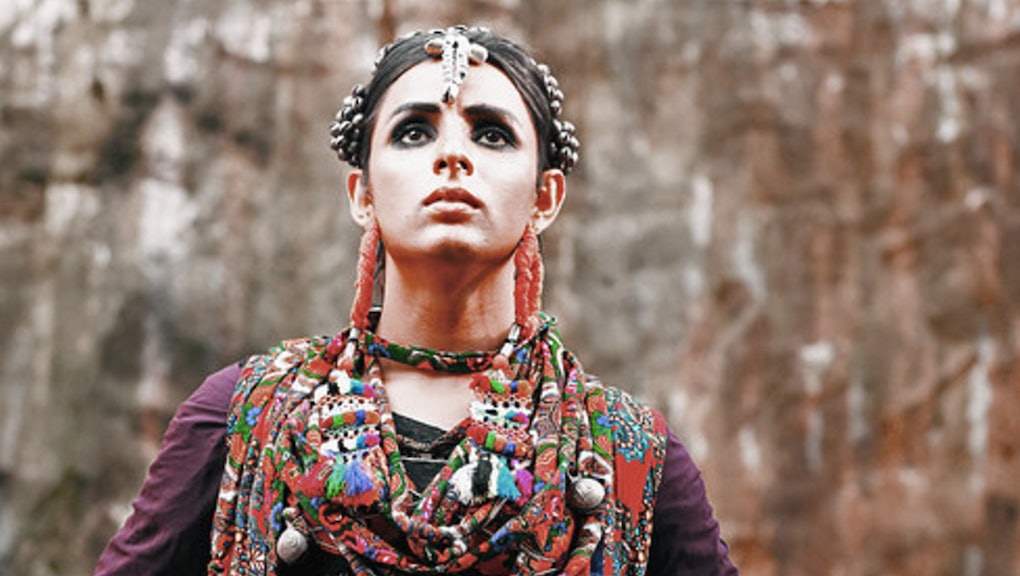 Kami Sid is constantly breaking barriers for the transgender community in Pakistan, and this time, she's breaking into the fashion industry.

Sid, a prominent transgender activist in Pakistan, made her debut as Pakistan's first trans model in a stunning photoshoot.

According to BuzzFeed India, the photoshoot is dedicated to fighting against transphobia in Pakistan.

In the past year, Pakistan has seen several alarming cases of transphobic violence. In May, for example, a woman identified as Alisha died in a Peshawar hospital from gunshot wounds after her treatment was delayed. The delay in treatment was due to a debate over whether Alisha should be admitted to a male or female ward. Videos of transgender individuals being physically assaulted have gone viral in Pakistan. In fact, in 2015 alone, over 45 transgender people were killed in Pakistan's northern province Khyber Pakhtunkhwa, BuzzFeed India reported.

Sid's visibility as a transgender model is vital to challenging the violence and stigma the transgender community faces on a daily basis in Pakistan. It's a powerful act of normalizing transgender identity.