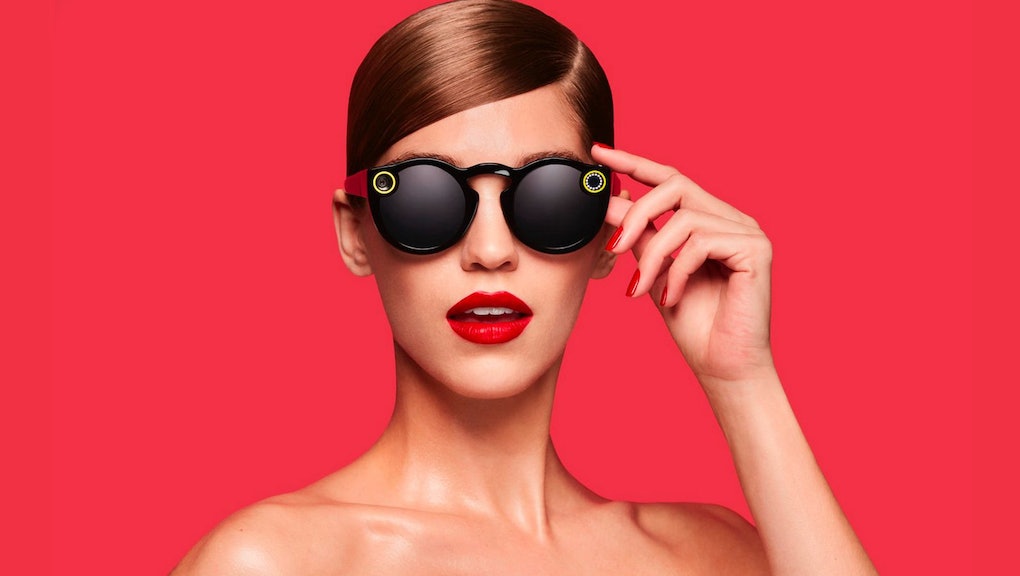 How to Get Snapchat Spectacles: Here's where the high-tech glasses are being sold

Snap Inc. — the company that owns and oversees image sharing app Snapchat — recently debuted a new product called Spectacles, which are smart glasses equipped with cameras that allow wearers to take Snapchats from a point-of-view perspective and wirelessly upload them to the app. The technology is innovative and the design is stylish. Needless to say: Demand is high.

It also helps that Snap's marketing strategy is genius. Rather than opening up its inventory to the masses, Snap is patiently generating consumer appetite with strategic, limited placements of the product. Spectacles have been dropped in vending machines called "Snapbots" in random locations throughout the country. Shoppers have trekked to places like the Grand Canyon or the suburbs of Tulsa, Oklahoma, in hopes of nabbing the coveted glasses. There's no guarantee, though: Vending machine space is restricted, and supplies don't last forever.

So how can you grab your own pair of Spectacles? The task is complicated, but possible. Basically, you have three options.

Get extremely lucky and purchase them from a Snapbot

We already went over the basic methodology of Snapbots, but there are more factors to account for.

First, there's no telling when or where a Snapbot will appear. The Spectacles website has a "bot finder," but there's not always a location shown; once a Snapbot sells out, the next vending machine's whereabouts could remain unknown for days. Currently — at 5:30 p.m. Eastern on Monday — there are no Snapbots in operation.

All you can do is consistently monitor the tracker and hope a Snapbot gets set up somewhere close to you. Even if you're willing to travel long distances to reach a Snapbot, the Spectacles tend to sell out within hours.

Snap made it a bit easier to purchase Spectacles when it opened a pop-up storefront in New York City on Nov. 21. The shop contains a single Snapbot machine, but this one is consistently restocked, according to TechCrunch. The downside? The store is in the middle of Manhattan and the lines are appalling.

While the crowds could simmer down in time (the pop-up will remain open until New Year's Eve), the quest to purchase Spectacles requires a big sacrifice for now. CNBC went to buy a pair and had to wait in line for 18 hours. Even days after the store's initial opening, there's this:

With nightly temperatures starting to plunge into the 30s, you'll have to ask yourself: Is it really worth it?

Buy them for a ridiculous amount of money on eBay

Why are all these people taking absurd measures to purchase Spectacles? Probably because they can resell them for over 30 times their original value.

Snapchat Spectacles sell for $129 retail, but some owners are auctioning them on eBay for thousands of dollars. Due to their limited availability, they may still sell regardless of the inflated price. It's not ideal, but, as we already covered, neither are the first two options. If you have the funds, go for it — we won't judge.