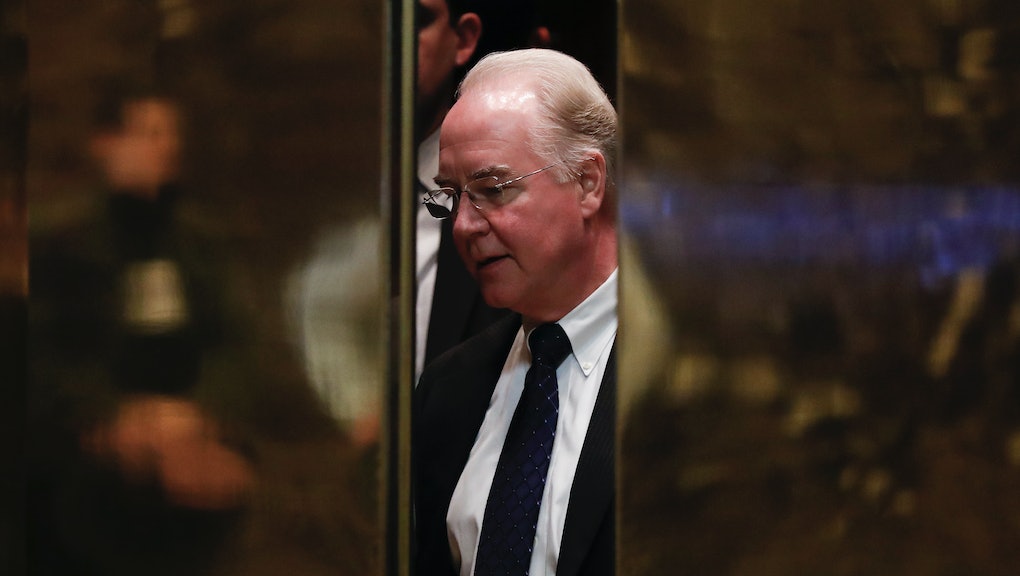 President-elect Donald Trump has chosen Georgia Rep. Tom Price, a former orthopedic surgeon who has emerged as one of the harshest congressional critics of the Affordable Care Act, to serve as the secretary of health and human services in his administration, the Washington Post reported on Monday.

In line with the Republican Party consensus, Price advocates repealing the ACA, and as chairman of the House Budget Committee, the six-term congressman has been at the core of GOP efforts to repeal it.

But unlike many other members of his party, as the Atlanta Journal-Constitution reported, Price has a simple, conservative-friendly plan on what to replace it with — de facto tax cuts and a return to the market.

In Price's vision, the AJC wrote, Congress would eliminate the individual mandate and Obamacare's network of exchanges and instead substitute it with tax credits to subsidize health insurance purchases on the private market. The federal government would also "give grants to states to set up high-risk and reinsurance pools for those who cannot find insurance on the individual market."

As the Wall Street Journal noted, Price "has already said he is open to compromise with fellow GOP lawmakers on many points" on his health care plan.

Price is also a social conservative who has backed legislative efforts to prevent women from purchasing health insurance that covers abortions under Obamacare and allow hospitals to deny abortions to women with life-threatening conditions.