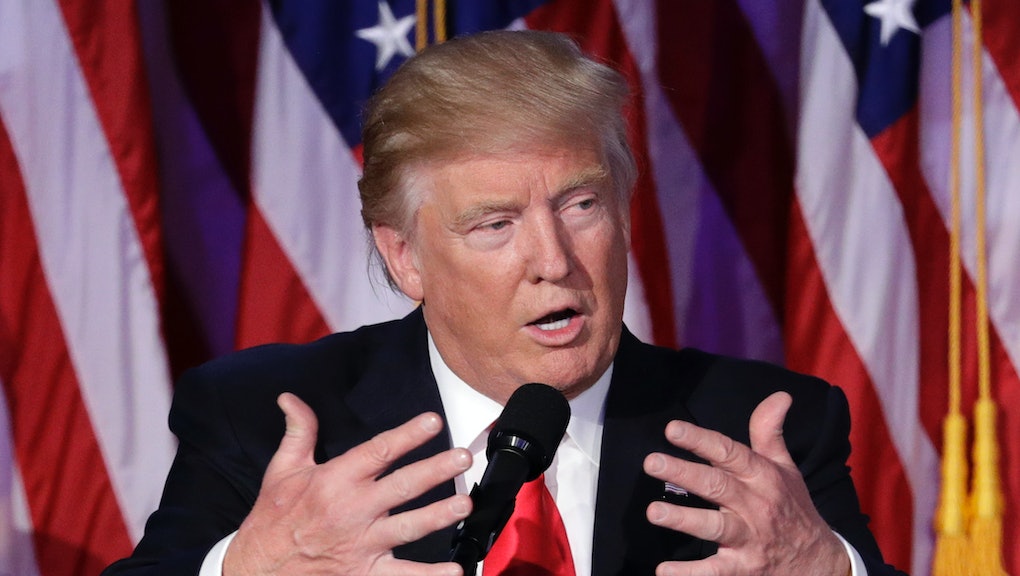 Republican President-elect Donald Trump is doubling down on fictitious theories the Nov. 8 election was tainted by massive voter fraud in favor of his opponent, Democrat Hillary Clinton, and claiming that said fraud is the reason he lost the popular vote by over two million ballots.

On Sunday, Trump responded to news former Democratic opponent Hillary Clinton's campaign would be cooperating with Green Party candidate Jill Stein's drive for an electoral recount in three states on Twitter by labeling the effort a "scam" and insisting "I won the popular vote if you deduct the millions of people who voted illegally."

Election fraud is very rare, let alone fraud on the scale of millions of votes, and the suggestion seems to have been based on a far-right conspiracy theory blaming undocumented immigrants. But Trump continued the tirade on Monday night, despite massive criticism from election officials and the media.

In a series of tweets, Trump singled out CNN's senior Washington correspondent Jeff Zeleny for criticism from his millions of followers for questioning the accusations of fraud.

The president-elect demanded evidence fraud did not occur, a perversion of the usual burden of proof.

There isn't two sides here: none of what Trump is alleging actually happened. There has been nothing resembling credible evidence that "millions" of people illegally voted during the elections — and any fraud on that scale would require a coordinated campaign involving multitudes of duplicitous campaign staffers, election officials and outside observers who turned a blind eye.

Over three-quarters of U.S. citizens accepted Trump as the legitimate winner of the election, according to a Gallup poll. Media coverage of Stein's recount effort has largely noted the unlikelihood the election results will be overturned, given little evidence any wrongdoing occurred and the states of Wisconsin, Michigan and Pennsylvania would all need to flip for Clinton for her to win in the electoral college.

Instead, what appears to be happening is a concerted effort to delegitimize Trump's massive loss in the popular vote, which is approaching a margin of 2.5-2.7 million ballots or 2% of the entire 2016 electorate. Never mind that by refusing to let the matter lay, he may simply be calling more attention to that democratic deficit — as well as making a lot of folks nervous about how he will handle his looming presidency.