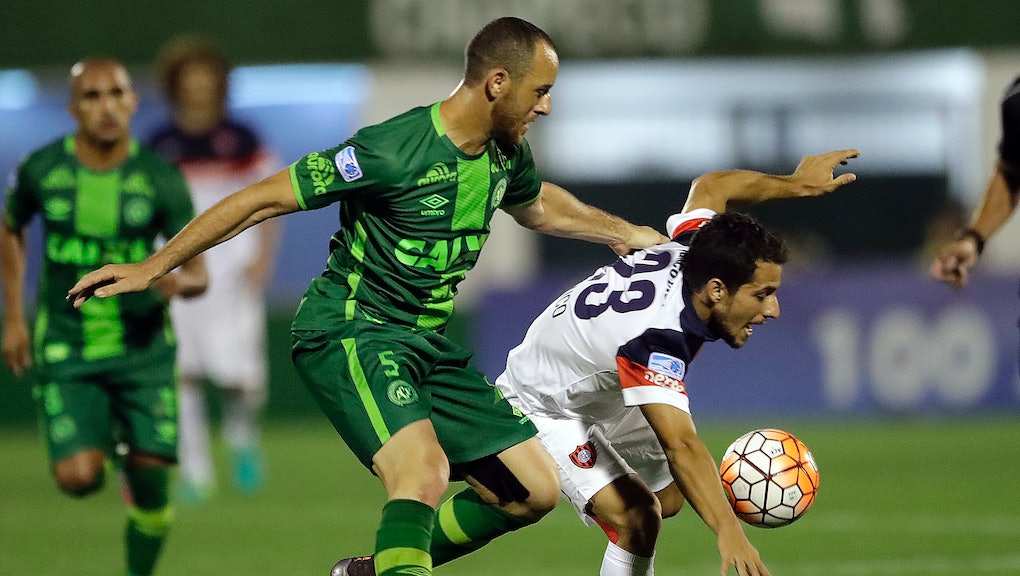 According to the Guardian, 75 people aboard were killed. Six people survived, and one died at the hospital after reportedly surviving the initial crash, officials said. Three soccer players, Alan Luciano Rushel, Helio Hermito Zampier and Jackson Ragnar Follman, are among the six survivors.

Two crew members and a journalist were the other survivors.

ABC's Joshua Hoyos posted to Twitter saying airport authorities said the plane reported an electrical failure before declaring an emergency. It subsequently went down in a mountainous area outside the city.

According to the Guardian's Mike Hytner, the Chapecoense team was "on their way to play in the first leg of Copa Sudamericana final against Colombian side Atlético Nacional. The match was scheduled to be played in Medellin on 30 November, with the second leg back in Brazil on 7 December." The team plays in Brazil's top division, Série A.