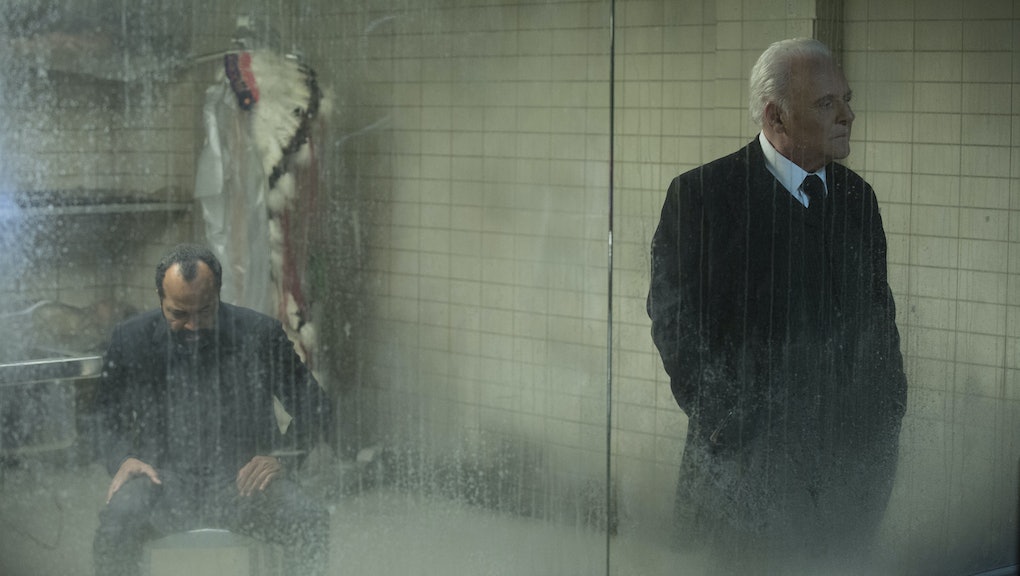 The internet did an excellent job predicting ‘Westworld’ — Does that hurt season 2?

Westworld's first season should be remembered for a lot of things. It's given HBO a tangible successor to Game of Thrones, and it has all the quintessential HBO qualities, both good (great acting, cinematography and score) and bad (seriously, do we need more HBOrgies?). But Westworld — season one, at least — will also be recalled fondly by Reddit, and for good reason.

As more clues have been revealed on Westworld, so has the affirmation that Reddit has predicted all of the show's big swings. Redditors suspected that Bernard was secretly a Host weeks before the reveal; they even posited that his full name was an anagram for Arnold Weber, the cocreator of the Westworld park, before it was confirmed in the season's penultimate episode. You may have heard of these theories and more (William is the Man in Black is still a very realistic theory) on Westworld's Reddit page and the endless podcasts devoted to discussing the series.

But does the internet's constant analysis of Westworld ruin the show?

In effect, it depends on how you consume the series. Those who do listen to one or more Westworld-themed podcasts and constantly peruse the show's subreddit will ultimately be less surprised by its twists. This isn't exclusive to Westworld — Mr. Robot fans predicted the big season two twist after the first episode, over a month before it was revealed on-screen.

However, not everyone consumes Westworld so voraciously. Take the Westworld subreddit: As of this writing, there are over 140,000 users on the thread. Even if you assume every single redditor on the thread is part of the series' weekly ratings for HBO, that's still a small fraction of the show's roughly 1.75 million viewers. For a casual observer — someone whose thoughts on the show aren't affected by the dozens of theories posited each week — these twists can still have the intended effect of shocking the viewer.

But even when Westworld's big moments are telegraphed weeks before by its most ardent fans, it doesn't take away from the execution. Mostly, it's been very good. There was a tangible sense of dread as Theresa discovered that Bernard, her love interest, was unknowingly a Host. Her death, orchestrated by Ford, was cruel, calculated and chilling.

Similarly, Bernard's discovery that he was a Host version of Arnold was predictable, yes, but director Michelle MacLaren's frenetic cutting between Bernard and Ford, and Dolores and Arnold, kept it engaging. Plus, as obvious as Bernard's true identity was, the show still sprung a less expected surprise in the reveal that Dolores was the one who killed Arnold, rather than the dubious Ford.

It does seem befitting for a series like Westworld, however, to be thrust under a microscope by its audience. The show, while at times explores the complexities of human morality, is also a meta-commentary on creating a compelling television drama. All the narratives for the park are catered to the baser instincts of its guests: mainly, violence and sex (sound familiar, HBO?). The park's storylines can be scrapped at a moment's notice for something ostensibly better; TV series are abruptly canceled all the time.

Westworld won't be among those unexpectedly cancelled shows. It will return for a second season, likely in early 2018. The series' showrunners have assured fans that Sunday's season finale will answer all the lingering questions about season one, but season two and beyond will be left undisclosed.

We obviously don't know if the Westworld fanbase will telegraph the season two twists as effectively as the first season's. But either way, it's not of an indictment of the internet's overanalysis of television. It's a relationship between a series and a viewer for the modern age; for a show as self-aware of what it is as the Hosts that comprise it.