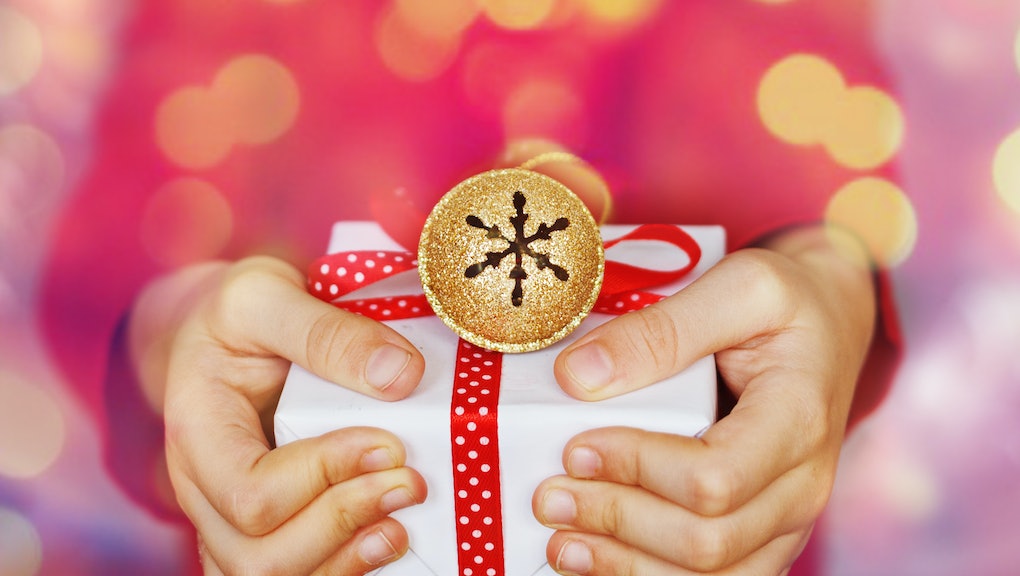 What is Giving Tuesday? The post-Thanksgiving psuedo-holiday (not unlike Black Friday or Cyber Monday) is devoted to, you guessed it: giving. The 92nd Street Y and the United Nations Foundation joined forces in 2012 to create a day dedicated to charitable giving. From there, a number of major companies jumped on board to become founding members, including Mashable, Sony, Google, Microsoft and Unilever.

The campaign relies heavily on the hashtag #GivingTuesday and the use of social media to spread the word. "The way the calendar was developing, someone was going to grab Tuesday," Henry Timms, 92nd Street Y executive director, told the New York Times. After two days devoted to consumption and shopping, "we wanted to make it about philanthropy," Timms explained.

Now, it can be overwhelming figuring out where to start and what charities are worth your time and money. Even worse, some "charities" are downright fraudulent — like four major cancer charities that were exposed in 2015 for spending only 3% of $187 million in funds on actual cancer patients.

But don't fret: there are a number of easy steps you can take to jumpstart your Giving Tuesday, give to real, legitimate charities — and even get some tax perks in the process.

Need Giving Tuesday ideas? How to vet a charity

A few well-established organizations evaluate charities for you: GiveWell is a nonprofit that vets and rates charities. CharityWatch is another, and Charity Navigator is yet another.

"People unfortunately tend to not do much in the way of research," CharityWatch president and evaluator Daniel Borochoff told CNBC. "I would strongly encourage them to, because they can exponentially improve the effectiveness of their giving."

CharityWatch takes a "deep dive" into charities' use of funds, examining their efficiency, and "exposes nonprofit abuses."

The watchdog ranks charities through an A-F grading system. It also evaluates how much of the money raised is spent on the actual program it serves — versus its overhead costs. Efficiency is measured in terms of how much a charity spends for every $100 raised.

You can check out evaluations of charities' "governance and transparency" and learn about high-ranking officers' salaries.

Charity Navigator is another watchdog that examines the efficacy of charities in terms of financial health, accountability and transparency.

You can view charities' ratings along these dimensions — the maximum is four stars.

"Our ratings show donors how efficiently we believe a charity will use their support today, how well it has sustained its programs and services over time, and their level of commitment to being accountable and transparent," the group states on its website.

Both CharityWatch and Charity Navigator also allow you to look at charities by subject areas — "human and civil rights" or "environment," for example — and both offer their own rankings of top-rated charities.

Charity Navigator also has an assortment of top 10 lists, including everything from most financially inefficient charities to charities with the most consecutive 4-star ratings.

"It is one of the best feelings — to know with confidence that your giving will make a difference," Katherina Rosqueta, executive director of the University of Pennsylvania's Center for High Impact Philanthropy, told Money.

Suffice it to say, doing your research is the best way to start: Go directly to charities' websites and poke around.

Know that your money will also likely go further if you give one larger sum as opposed to lots of little small donations — because processing each gift costs the charity money. The amount of your donation spent on administrative costs, therefore, is proportionately lower with a bigger sum of money.

"Concentrate your giving, rather than diversifying like with the stock market," Sandara Miniutti, vice-president of marketing at Charity Navigator, told Money.

Finally, in order to get the best tax benefits on your generosity, know the basic rules to follow if you want a tax deduction, which lowers your taxable income — and thus the amount of tax you owe: To qualify, you'll need to be giving to a 501(c)(3) nonprofit.

Alas, 501(c)(4) nonprofits will not count, with a couple exceptions.

An advanced tip? Consider breaking from convention and, instead of giving money, give stocks or other assets instead; you could potentially get extra tax perks on top of the deduction.