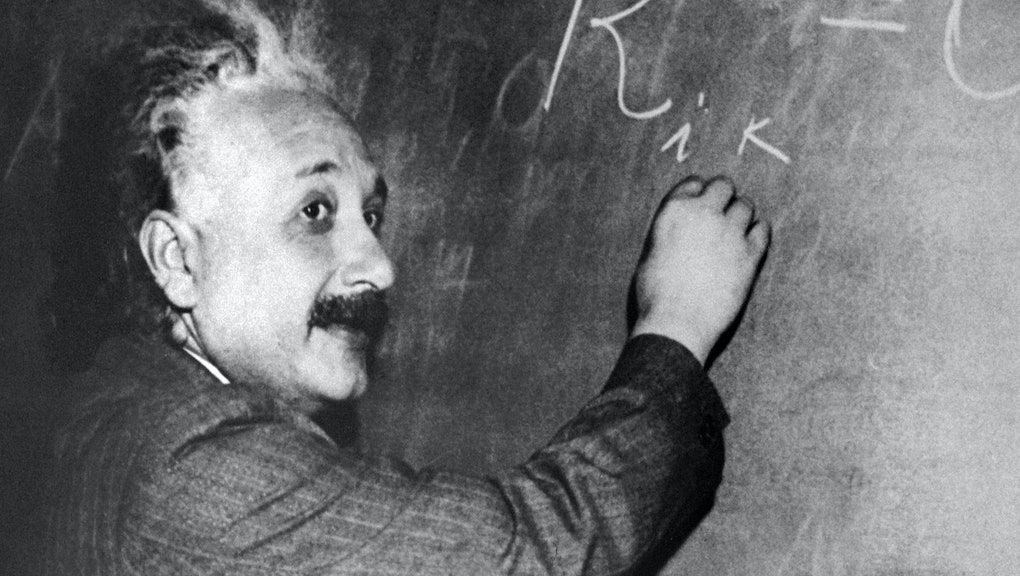 Einstein may have been wrong about the speed of light, new theory suggests

Albert Einstein was, undoubtedly, a genius. But it turns out he might have been wrong about one thing.

Professors João Magueijo of Imperial College London and and Niayesh Afshordi of the University of Waterloo in Canada are challenging Einstein's belief that the speed of light is a constant — the basis of his Theory of General Relativity. According to the Guardian, Magueijo and Afshordi have new plans to test a theory that suggests light moved at an infinite speed at the start of the universe.

If they succeed in proving their theory, their findings could offer new answers to questions about the Big Bang's effects many scientists already thought they'd settled. Their tests will measure the fluctuations in readings of the cosmic microwave background, which provides a so-called "spectral index" documenting the "oldest light in the universe," according to Forbes. It all comes down to one crucial number: 0.96478 on the spectral index.

Prominent cosmologist Stephen Hawking has attempted to explain the conditions of the early universe with the theory of inflation, according to which the universe experienced a brief period of massive expansion. Magueijo and Afshordi's theory on the speed of light rejects inflation altogether, which scientists might not be so willing to accept.

"The predictions of inflation developed by Stephen Hawking and others more than 30 years ago have been tested by cosmological observations and faced those tests remarkably well," David Marsh, a senior research associate at Cambridge University told the Guardian. "Many scientists regard inflation as a simple and elegant explanation of the origin of galaxies in the universe."

What's more, Ashfordi noted that inflation is difficult to disprove: It's always possible to "fine tune it" to explain away any discrepancies.

Magueijo said there's no better time to put their theory to the test.

"The theory, which we first proposed in the late-1990s, has now reached a maturity point — it has produced a testable prediction," Magueijo told Forbes. If his and Ashfordi's observations result in the 0.96478 spectral index figure, he added, "it could lead to a modification of Einstein's Theory of Gravity."

From there, the possibilities are infinite.